Evilyn Pinnow, a then 12-year-old from Wisconsin, traveled more than 5,000 miles across the United States collecting items to place inside Operation Christmas Child’s symbolic 100 millionth shoebox before she headed to the Dominican Republic to place it into the hands of a precious child in need. 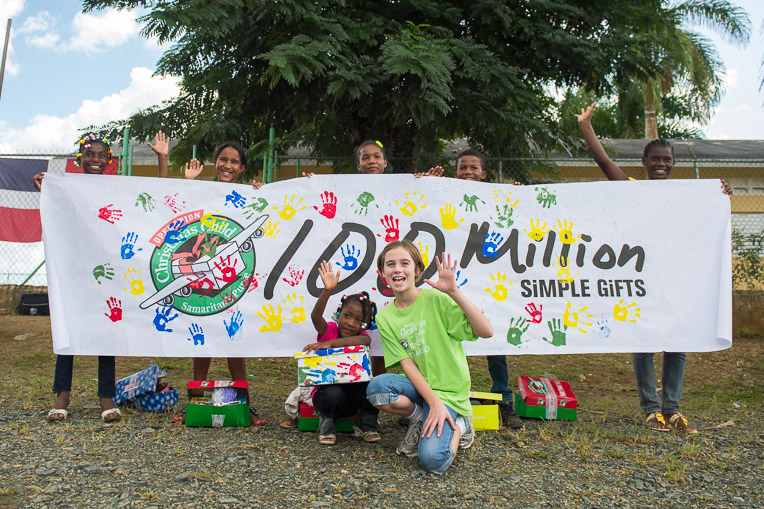 The 100 millionth Operation Christmas Child shoebox was delivered in the Dominican Republic in 2012.

In California, friends of the ministry added socks and art supplies, while in Tennessee, a former orphan from Russia who had once received a shoebox added a stuffed lamb that plays the tune ‘Jesus Loves Me.’ People from across the country added items such as a doll, a jump rope, hair bows, sunglasses, soap, clothes, and costume jewellery.

Inside the shoebox gift, Evilyn tucked a personal note, written from her heart: “I know we live far apart, but will you be my friend? I hope you enjoy the gifts and that you understand the true meaning of gift-giving—Jesus, the ultimate gift.”

This letter was one among many Evilyn had written to include in gift-filled shoeboxes since she started a Shoebox Club for kids in her hometown of Fort Atkinson, Wisconsin, at age 8. When Evilyn served as Operation Christmas Child’s shoebox ambassador, the club was packing 80 shoeboxes a month. They currently average 150 boxes every month. 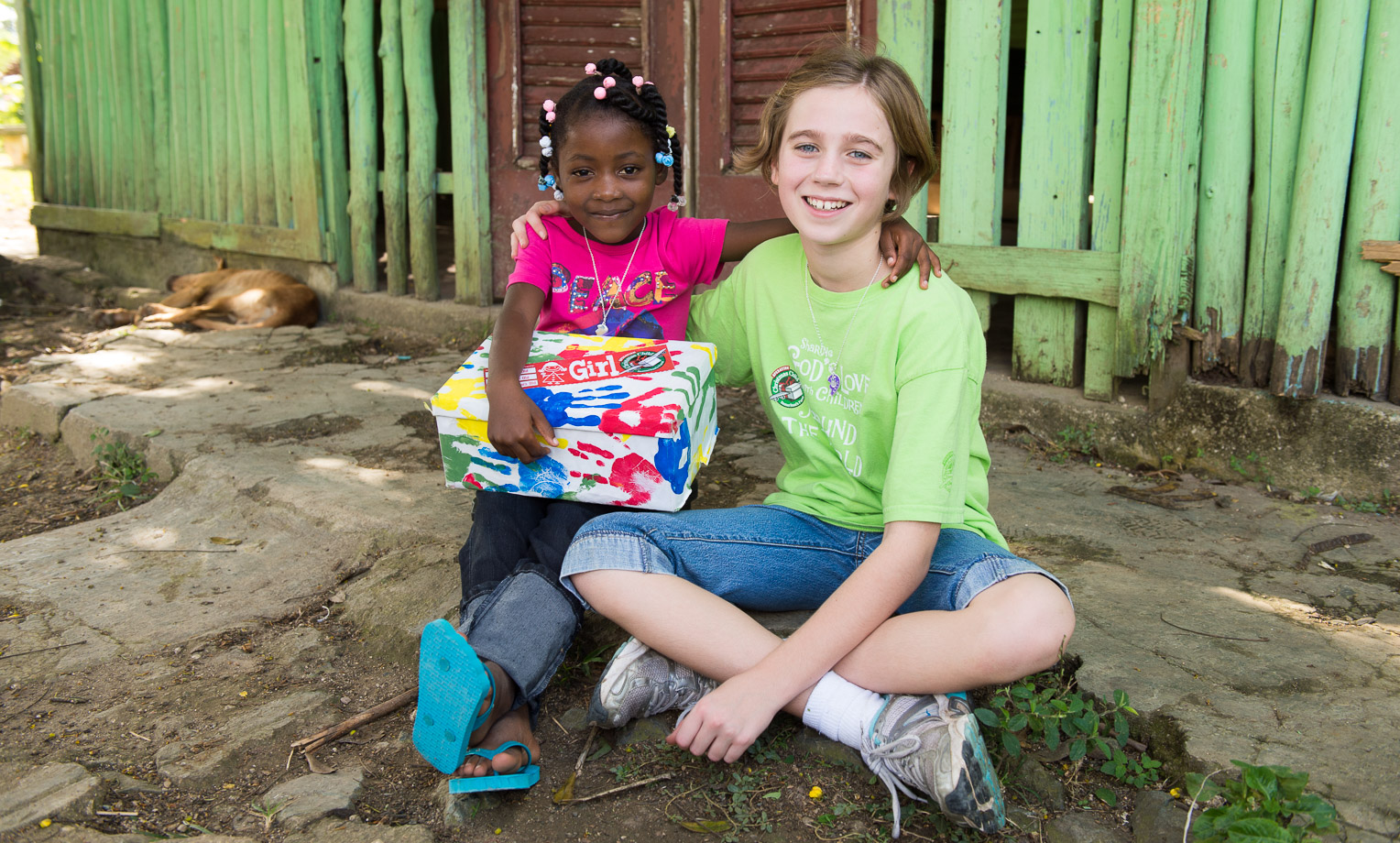 Brenda (left) rejoiced to receive a shoebox filled with gifts and a letter from her new friend Evilyn Pinnow.

“I imagined what it would be like to be homeless and poor, and I decided to do something to help kids like that,” Evilyn said.

She hand-carried the 100 millionth shoebox covered with red, yellow, and blue handprints of her fellow Shoebox Club members to 5-year-old Brenda Valdez in a rural community outside of Santo Domingo, the capital of the Dominican Republic.

As Brenda opened her box, she couldn’t stop smiling; she never imagined receiving such precious gifts.

When she was five months old, Brenda’s parents felt they could no longer care for her. Her father placed her in a box and delivered her to his aunt, Christiana Guzman. Under Christiana’s care, Brenda grew up vibrant, healthy, and blessed that her history would include another important box—Operation Christmas Child’s 100 millionth shoebox gift.

To date, Samaritan’s Purse has collected 178 million shoebox gifts for boys and girls in more than 150 countries. The Shoebox Club Evilyn started has packed 10,000 of those gifts.

Finding Hope in a Heartbeat