YOU HAVE (0) ITEM(S) IN YOUR CART. CHECKOUT NOW
Operation Christmas Child
2016 Impact Stories 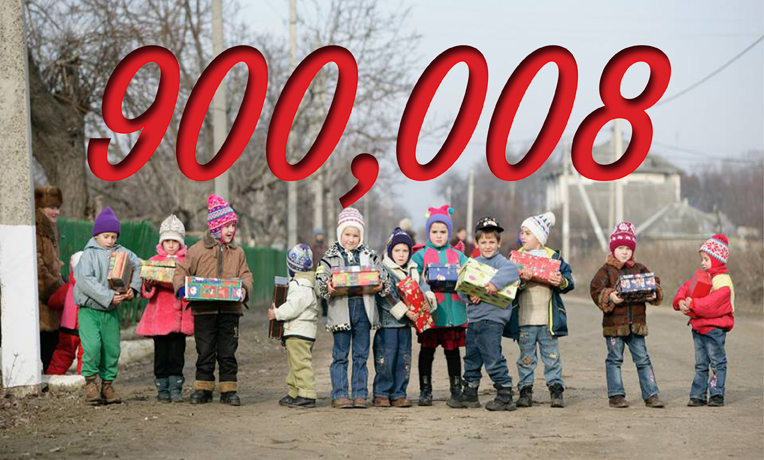 10 year old Sophia received a shoebox and said “My mother died four years ago. I am living with my grandmother who doesn’t see and hear well. This year I underwent two serious surgeries of my legs so I can walk but I still have pain and I am still using a wheel chair. I was invited to go to the children’s party to receive a shoebox present. The weather was fine and my granny took me – it took us about an hour because the place was a bit distant. If I could jump because of the joy I felt when I received my present, I would have! There were so many beautiful things inside: bracelets, necklaces, pencils, sweets and many other things. I am thankful for this wonderful present to the people who sent it to me.” 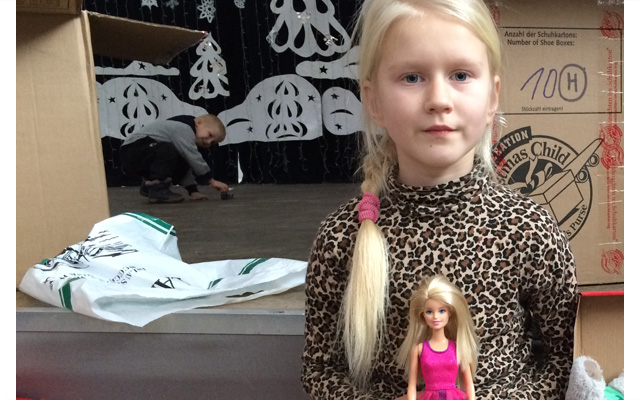 On a recent distribution trip in Belarus, the visiting OCC team met many children who are suffering from health problems as a result of the Chernobyl disaster 30 years ago. Nastya is being treated for a related blood disorder and low immune system. When she opened her box she nearly burst with excitement at the sight of the Barbie doll. She couldn’t believe the doll was for her. Nastya took each item out of the box and then carefully repacked it, making sure everything was there and that her precious Barbie doll was on the top of all her gifts. Then she wanted to see everyone else’s box and it was soon clear she was the only one with a Barbie! When asked what was special about the Barbie doll she said, “I think it looks like me!”

Olivier recounts “I was dreaming about a Lego set for a long time – and exactly in my gift there was a Lego set! I was so happy! My dream came true.” Another boy was a real fan of the film ‘Cars’. His dream was to save enough money and buy something connected with this film. When he opened his shoebox, he started whooping, because inside he found a cap and a scarf from his favourite cartoon ‘Cars’. 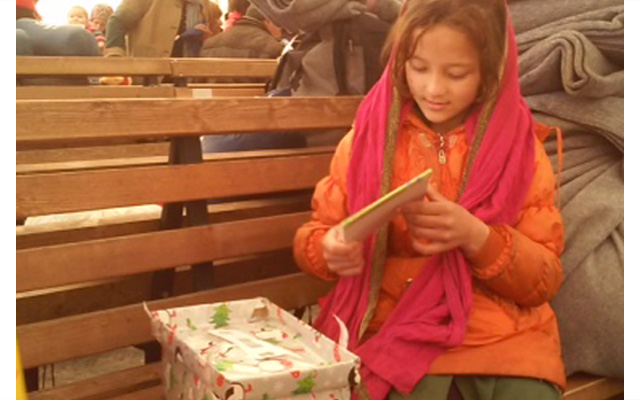 Our partners in Macedonia recounted this story from an immigration camp where displaced children received some Christmas joy in the form of a simple shoebox gift. “The area is crowded with many tired but evidently excited children, curiously trying to find out what is going on. There is a big Christmas tree in the middle, with lots of boxes under it… The distribution starts. Screams of excitement and indescribable joy avalanche as boxes are opened from those exhausted small hands which now have turned into excited opening machines! In this big crowd my attention was attracted by one girl with a dirty but still beautiful face. She was sitting on the bench so calmly, slowly unpacking the box and enjoying every moment… maybe the only moment of happiness since she left her home.”

Svetlana and Valentina lived with their younger sister and parents in a small Ukrainian village surrounded by open countryside and farms. Their family was very poor, and meals often consisted of only rice. The girls’ parents were rarely home, so they took care of themselves until they were eventually placed in an orphanage. When Svetlana was 7 and Valentina was 5, they received their very first gifts in the form of shoeboxes from Operation Christmas Child. Svetlana called hers a “box of treasure.” 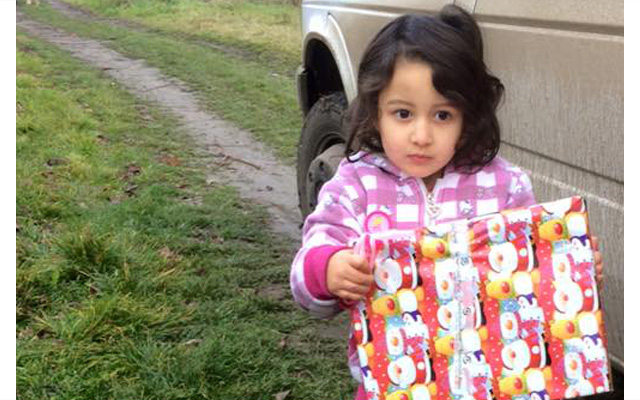 During a recent distribution at a Roma settlement in Serbia, the visiting OCC team were told that many of the Roma families the local team were reaching out to were rejected by their local community and treated as outcasts. As they watched a young girl holding tightly onto her precious gift given in love, the team were reminded of the hope a simple shoebox can bring.

Our local partners reported great joy among those receiving a shoebox. “One girl received her box, and was amazed at everything in there. She even thought the box itself was incredible! Another girl found the toothbrush and toothpaste in the box and declared ‘Now I don’t have to steal toothpaste from my father anymore!’ Another was shocked and couldn’t believe that the whole gift was just for her!” At one distribution in a remote Latvian village the local teachers reported that “the children were so full of joy and happiness that it wasn’t possible to continue classes that day!” 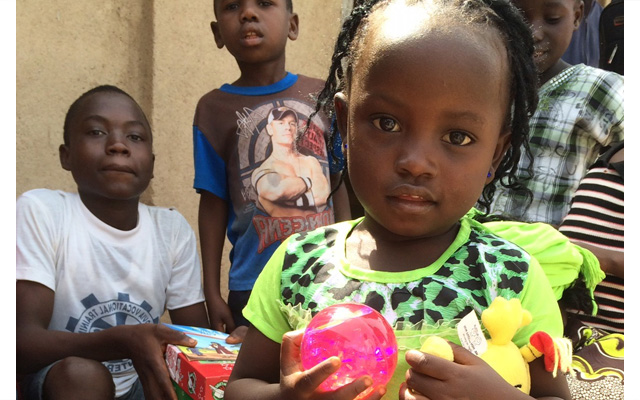 Princess, is a little girl who was initially so shy that she did not open her box with the other children. Instead, she held onto it tightly and ran outside to open it with her friends and family. As she explored each item and passed it to her mother, her face began to change. She took an immediate liking to a pink, glittery ball and a heart shaped lip gloss, which she carried around with her until they went off home. This box was definitely meant just for her!

The simplest of gifts can have the largest impact… “I want to thank Operation Christmas Child for thinking about children like me who live far off out of town. One Sunday that I went to church all the Sunday school children had been called to the front to receive a gift. I was handed a big box, and when I opened it up I could not believe what I saw. There was a set of toothbrushes and toothpaste! I have never used a toothbrush before because we could not afford it – I have been using sticks to clean my teeth. May God bless the people who sent us these gifts because they in so many ways changed my life and that of my family.”