YOU HAVE (0) ITEM(S) IN YOUR CART. CHECKOUT NOW
Gift Catalogue

Samaritan’s Purse is bringing livelihoods training and the hope of the Gospel to families in need.

When Samaritan’s Purse staff met David, he was struggling to provide for his wife and two children in their poor village in Kenya. He worked hard as a farmer, but it wasn’t enough to keep the family out of poverty. 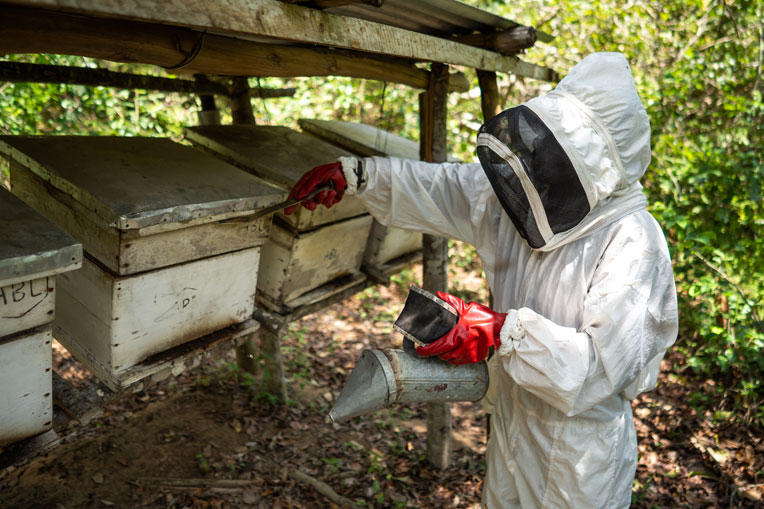 David has learned how to care for his bees.

“I had lost hope of educating my children,” David said, as he couldn’t afford their school fees.

But life changed after he joined our beekeeping project and learned how to harvest honey. We provided starter beehives and training, and now the whole family participates in collecting, processing, and selling the honey at a local market.

With the income he earns from selling honey, David bought better roofing materials to protect his home. He also bought goats so that his children have milk to drink and expanded his farmland to plant more crops. David is even able to pay his children’s school fees and prays that this will help them to secure good jobs when they grow up.

“My life has really changed,” David said. “I am doing things I couldn’t believe. Now, I can support my family.”

“My life has really changed. I can support my family.”

Samaritan’s Purse also offers discipleship and evangelism classes for our beekeeping project beneficiaries. David became a follower of Jesus Christ through the witness of our staff and attended the trainings. His village had no evangelical church until Samaritan’s Purse came about six years ago. Now there are several growing congregations in the area.

“I once was lost, with no hope in life,” David said. “I thank God for Samaritan’s Purse.”

Chizi also became a Christian through our beekeeping project in Kenya. She said she was interested in Christianity because she saw how much the Samaritan’s Purse staff cared for her and others in her community. 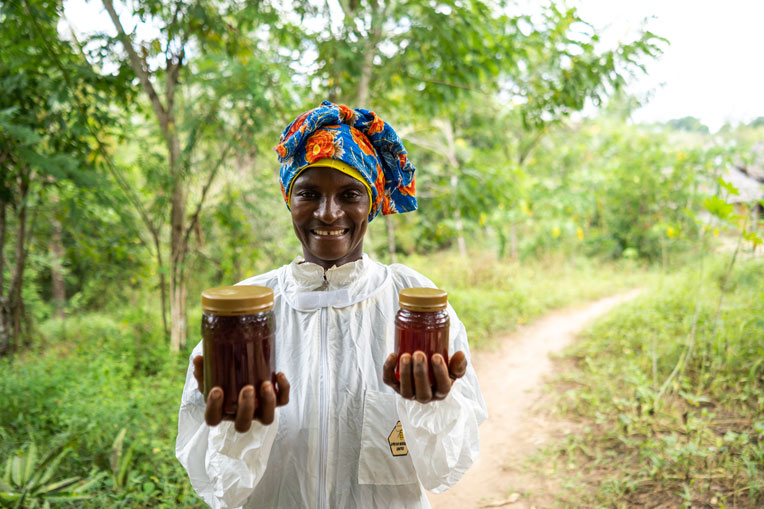 “I see the unity and love that brings people together,” she said. “I trust God and His Word.”

Chizi’s village is primarily Muslim, but now that she has trusted in Jesus as her Saviour, Chizi no longer goes to the mosque. Instead, she attends a church not far from her home that Samaritan’s Purse helped to start—the first one in her community.

In addition to life-changing spiritual transformation, Chizi also received physical relief for her impoverished farming family. She harvests honey from her beehives several times a year, and the additional income has allowed her to buy goats and cows and she is able to afford school fees.

“The children can see a bright future because they can go to school,” she said.

Her children have especially enjoyed helping out with the beekeeping effort, as “they have taken it on as if it’s their own,” Chizi said.

Chizi and David are among the many beneficiaries of our beekeeping project, which our teams also lead in Liberia and Iraq. Your gift of $20 will provide a starter hive and training, and offer families not only the hope of a brighter future, but an opportunity to hear the Gospel of Jesus Christ. 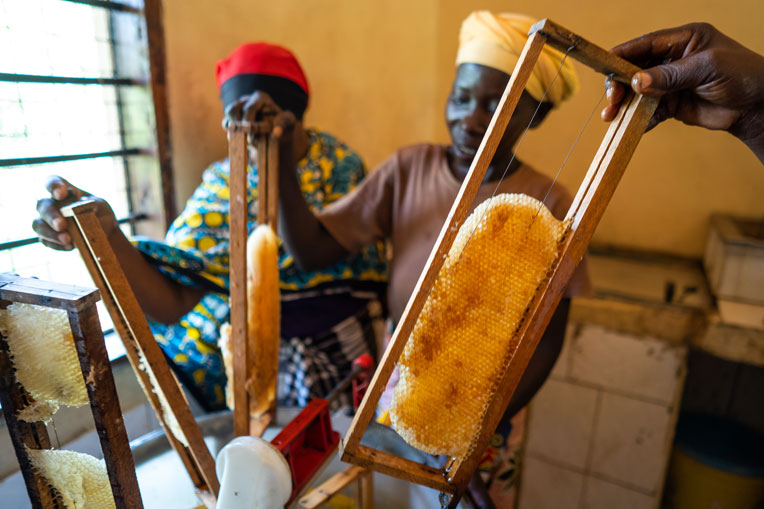 Community members work together to process the honey.