Bold Vision for the Pacific

OPERATION CHRISTMAS CHILD PLANS TO REACH EVERY CHILD ON 1,000 ISLANDS OVER THE NEXT FEW YEARS.

Franklin Graham’s bold vision to deliver gift-filled Operation Christmas Child shoeboxes in Jesus’ Name to every child on 1,000 Pacific islands—more than half a million kids—began in early 2019 and will continue until every child is reached.

“I want to reach these islands for Christ,” Graham said when he visited the island nation of Kiribati last year. “Here in the Pacific, people have very little hope. These are poor areas. People don’t come here. There are no tourists here. But we are going to be here. We are going island to island to island taking the Gospel of Jesus Christ.” 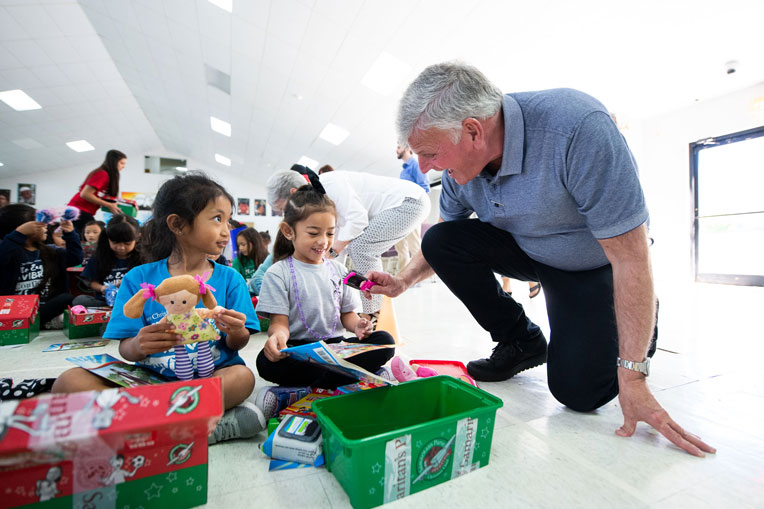 FRANKLIN GRAHAM VISITED WITH CHILDREN IN SAIPAN EARLY IN 2020 BEFORE CORONAVIRUS WAS DECLARED A WORLDWIDE THREAT. GRAHAM HAS A BOLD VISION TO DELIVER GIFT-FILLED OPERATION CHRISTMAS CHILD SHOEBOXES TO THE PACIFIC ISLANDS UNTIL EVERY CHILD THERE IS REACHED.

“When Dad went to visit there and saw the carnage and just island life in the Pacific, he realised they needed the hope of Jesus Christ and thought Operation Christmas Child had the right resources to be able to tackle the problem,” Graham’s son Edward said. “It is a huge challenge. It goes back to Bob Pierce (the founder of Samaritan’s Purse) and the God-room principle. You plan so boldly and so big that it’s sure to fail without God intervening. Dad’s vision was just that.”

Last year, over 65,000 children in the Pacific received a tangible expression of God’s love through shoebox gifts and approximately 25,000 participated in The Greatest Journey discipleship course that teaches kids how to follow Jesus and share Him with others. As a result, whole families and communities are reached with the Gospel and new churches are planted. By the end of 2020, an estimated 80,000 more children will receive shoeboxes as part of the initiative, and another 25,000 will have taken The Greatest Journey.

“In Acts chapter 1, Jesus gives us the Great Commission to be His witnesses and to go to the ends of the earth, and we’re a part of that,” said Jim Harrelson, vice president of Operation Christmas Child. “What a privilege and opportunity it truly is to be a part of this worldwide movement. We’re fulfilling Scripture and that’s powerful.”

Watch the video at the top of this page to learn more! 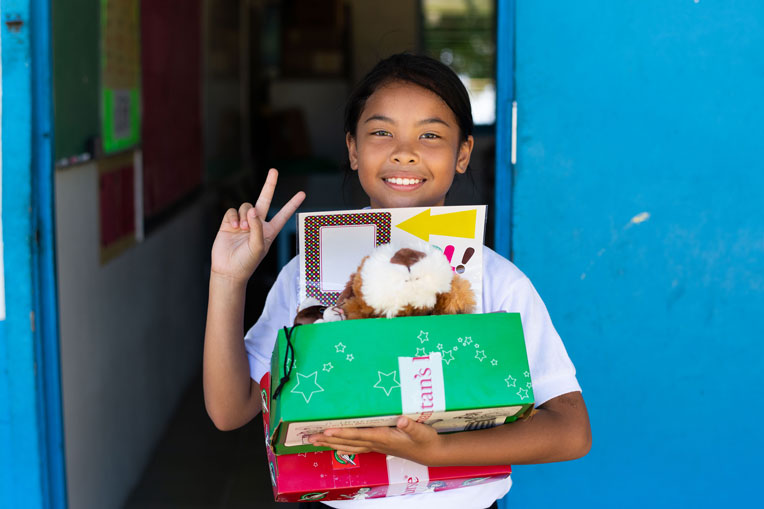 MORE THAN HALF A MILLION CHILDREN LIVE AMONG THE 1,000 ISLANDS THAT MAKE UP THE PACIFIC ISLAND REGION.