These children have no toys.

Fleeing the firefight in their homeland of Syria, thousands of boys and girls of all ages—together with their parents—have escaped to the border of Iraq with just the clothes on their backs. 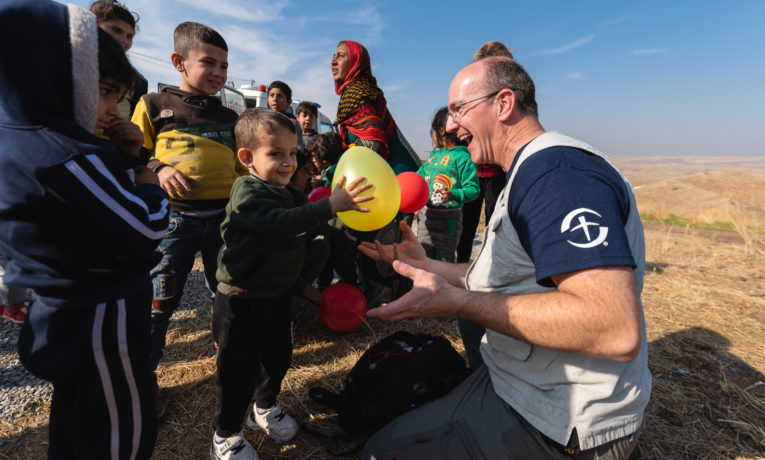 Randy Wesnitzer took time to play with a group of young Syrian refugees in Iraq.

“There were no dolls. There were no balls,” said Randy Wesnitzer, a Samaritan’s Purse disaster assistance response team (DART) member from Wyoming. “Everything they could carry had a purpose, and that purpose was survival.”

But sometimes part of surviving means having the opportunity to play.

Randy is one of roughly a dozen DART staff who earlier this year helped meet the desperate physical needs of Syrian refugee families in Iraq. As a pharmacist, he was equipped to assist in the medical needs around him. But as a father, he also saw the emotional needs of the young ones in transit. That’s why he brought balloons.

As families stood in line to receive hygiene kits from Samaritan’s Purse including soap, diapers, wipes, and toothbrushes, Randy and other staff got down on their knees, looked each kid in the eyes, and gave them a colorful balloon. As the children saw it spring to life as it was blown up, their faces lit up.

Lifting a Little Bit of Their Weight

“It felt like those balloons could breathe air into their lives or even lift a little bit of weight from them for as long as the balloon lasts,” Randy said. 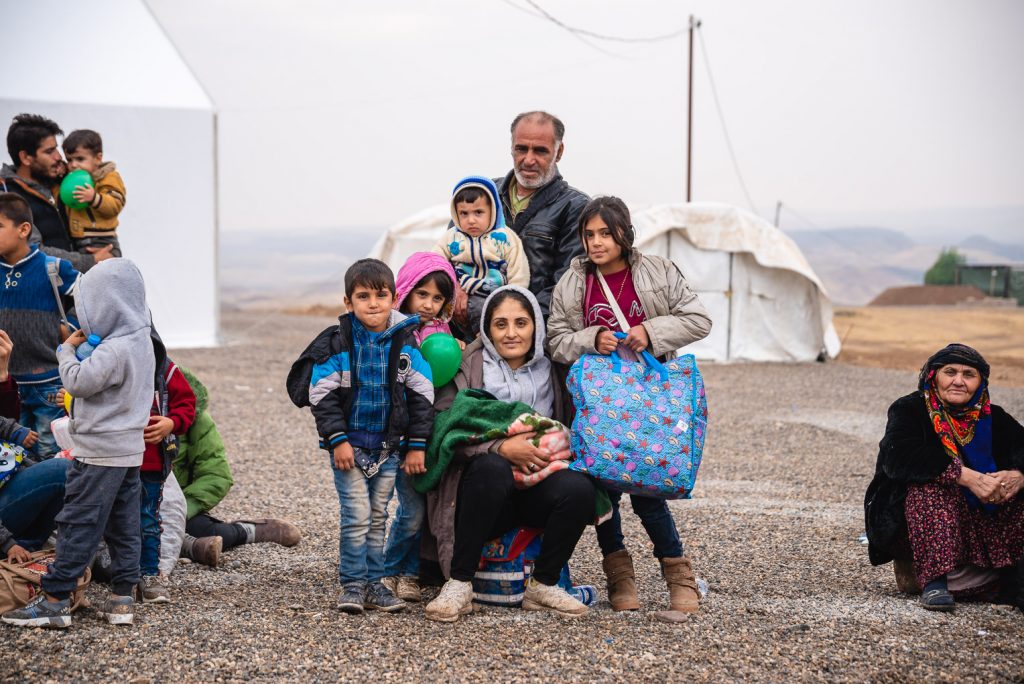 Although their families fled their homes with little possessions, Syrian children now gratefully clutch balloons they received from Samaritan’s Purse.

These balloons, however, come with an extra-special element. As Randy blew up most of the them up, he prayed, “God, You are the breath of life. Breath into these little ones Your life, Your Spirit, and let them know that You are holding them.”

Randy couldn’t speak these kids’ language. He was of a different nationality and towered above them in height, but as soon as they start batting a balloon around, all walls came down.

“Play is a universal language,” Randy said. “I haven’t spoken a word to them and told them about Jesus, and yet I still feel like Jesus’ love is pouring into them. It’s lighting their eyes and brightening their souls and it’s just through play.”

The families soon loaded buses that took them to a refugee camp, but as they drove away, our staff saw splashes of color in the windows—the children dearly holding their balloons.

Play is a universal language. I haven’t spoken a word to them and told them about Jesus, and yet I still feel like Jesus’ love is pouring into them.

From Surgical Gloves to Balloons

Randy first served on a DART with Samaritan’s Purse in 2015 in Ecuador where, following a devastating earthquake, we set up an Emergency Field Hospital. While trying to help kids who had been badly burned feel comfortable, he blew up surgical gloves and made little masks out of gauze to entertain them. 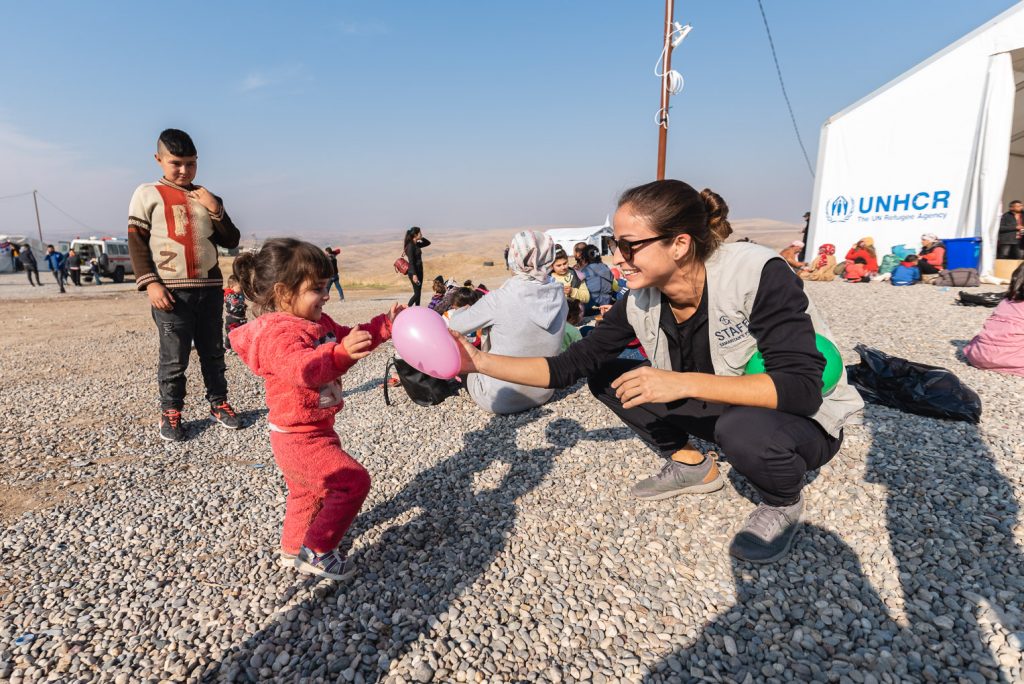 “I knew next time I deployed I was going to need to bring better utensils with me,” he said.

When he served at our Emergency Field Hospital outside of Mosul, Iraq, in 2017, he brought about 30 small stuffed animals—as many as he could vacuum pack into his luggage. There were so many kids at that location, though, that he was out of toys in two days. That’s what led him to land on balloons.

“You can put 300 balloons in a bag and hardly even notice it,” he said.

Randy now brings these simple treasures with him whenever he serves on a DART, and he is grateful for the moments of happiness and joy they can bring into little, weary lives. He said, “I think that’s the way Christ is asking us to live—[to] live in the now. Know that I am God. Know that I am sovereign and I have a plan for you. Quit it, quit it, quit it, worrying about tomorrow. Just be here with Me right now. Be as the little children.” 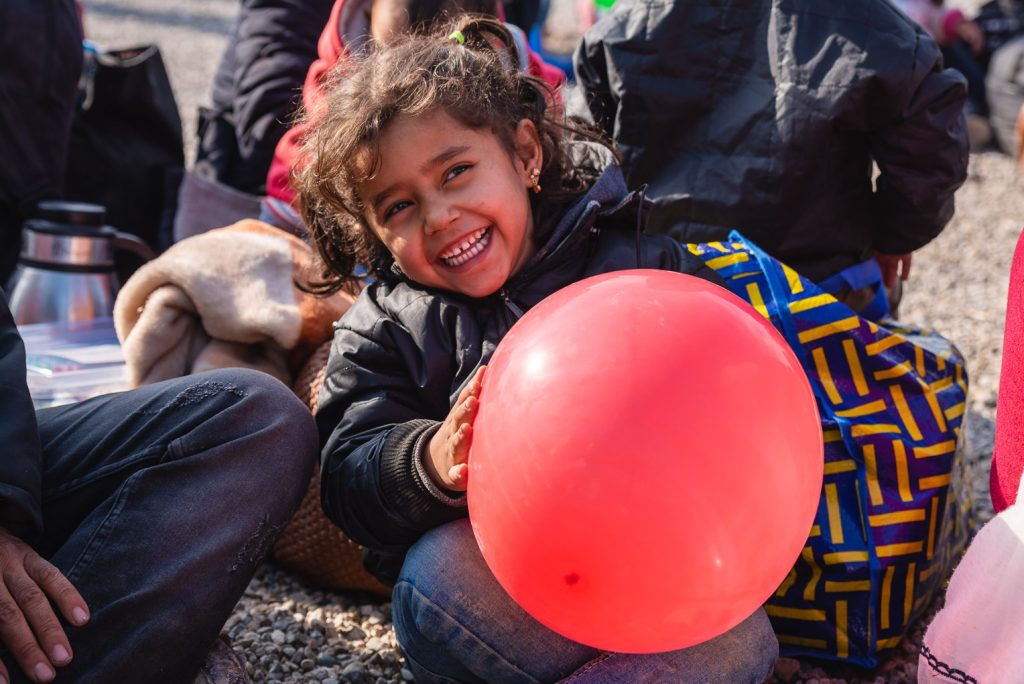 A young Syrian refugee named Hana* played with a red balloon she received from Samaritan’s Purse.

*Refugee name has been changed for security.