Political and tribal tensions brought Sudan into a decades-long civil war, catching hundreds of thousands of innocent people in the crossfire. In 2011, the Republic of South Sudan gained independence from Sudan after a bloody conflict that devastated its people’s lives.

Those who escaped the fighting fled to camps within South Sudan or escaped into neighbouring countries, leaving over a million men, women, and children homeless.

In December 2013, further fighting erupted in South Sudan, sending even more people fleeing for refuge. By February, nearly 65,000 South Sudanese refugees had arrived in Uganda, the vast majority being women and children. Refugee settlements in the area weren’t equipped with enough shelters to host the influx of new refugees and an enormous need for shelter emerged.

With a shortage of shelter, food, clean water, and hope, South Sudanese refugees are in deep crisis.

With 1.8 million South Sudanese displaced from their homes, Samaritan’s Purse, the largest charity operation in South Sudan, is offering help to displaced families in many different capacities:

A Critical Lifeline in Maban County

Throughout most of 2013, the ongoing conflict across the border in Sudan was the prime driver behind instability and the continued presence of over 124,068 refugees in Maban County, South Sudan. Recognising the dire health needs that the refugees and host communities in the area face, the Maban County Commissioner handed over the Maban County Hospital to Samaritan’s Purse to operate and expand services.

We now operate the only functioning hospital east of the Nile in South Sudan, conducting over 100 emergency surgeries every month for its catchment area of 200,000 people. A new hospital wing was constructed in Maban, funded with assistance from Samaritan’s Purse UK, to help the hurting refugees of South Sudan receive quality medical treatment. Here, malnourished and neglected children are being rehabilitated back to health; boys shot in the crossfire of tribal fighting are being saved; women beaten into early labour are being cared for and their babies delivered safely.

The hospital is a critical lifeline, providing surgical services for both refugees and surrounding communities.

Samaritan’s Purse medical staff, led by Dr. Evan Atar, started performing surgeries in the Bunj Hospital in January 2012. Dr. Atar, a South Sudanese doctor, had been working at a Samaritan’s Purse hospital before it was destroyed by the Sudan Armed Forces.

Food distribution in a camp for refugees from South Sudan. 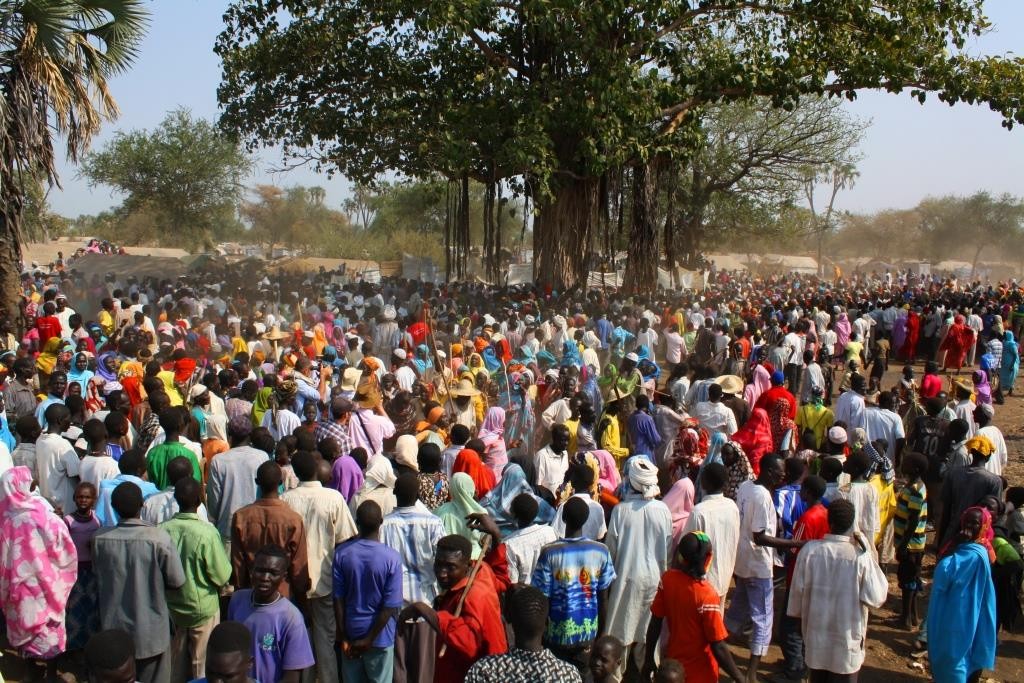