On 25th April, 2015, a 7.8-magnitude earthquake rocked the central region of Nepal and affected more than 8 million people—almost one-third of the country’s population—damaging or destroying more than 500,000 homes. 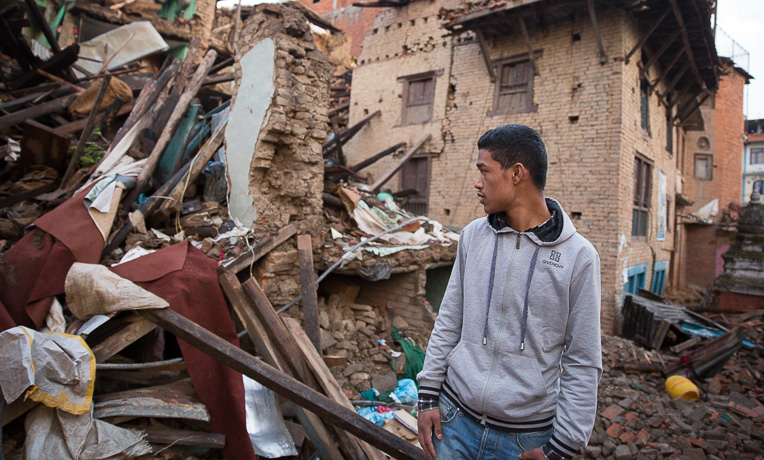 The Nepalese were left stunned and grieving by the destructive force of the earthquake.

A second earthquake hit about two weeks later, triggering landslides and creating a new wave of fear and panic among Nepalis, many of whom were still sleeping outside on the ground or in tents. The death toll from the back-to-back earthquakes surpassed 8,000 people, and some villages, such as those in the Langtang Valley, were completely wiped out.

Samaritan’s Purse staff deployed to the hard-hit region, and our teams were on the ground within days after the deadly disaster. Inside one month we had chartered eight cargo flights to rush critical supplies to earthquake victims. We distributed shelter kits, food, and emergency relief kits that included blankets, tarps, kitchen supplies, hygiene items, soap bars, jerry cans, and water purification tablets.

After the initial emergency relief phase, we transitioned to long-term recovery in Nepal focused on bringing physical and spiritual relief through efforts such as rebuilding homes and schools; water, sanitation, and hygiene projects; and livelihood skills development.

A History of Earthquake Responses

The 2015 Nepal earthquake is just one of several major temblors to which Samaritan’s Purse has responded in Jesus’ Name. The two most deadly, the 2010 Haiti earthquake and 2004 Indonesia quake and tsunami, are covered in separate 50th anniversary posts.

Read more about other earthquake deployments, both before and after the Nepal disaster:

On th May, 2008, a deadly earthquake struck Sichuan Province, China, leaving more than 5 million people grieving and homeless. Within days, Samaritan’s Purse chartered a 747 cargo jet and loaded it with 90 tonnes of relief supplies. This was the first privately chartered relief flight from the U.S. to arrive in Chengdu, the city nearest the epicenter. 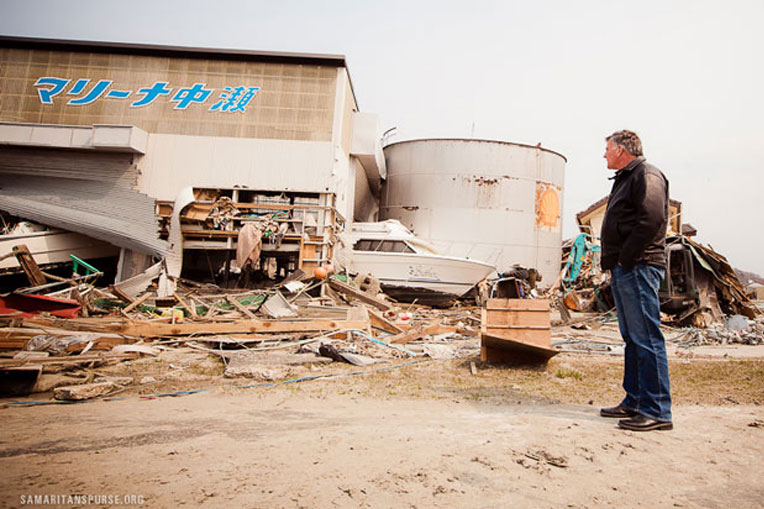 Franklin Graham visited the devastated areas of Japan to assess the country’s needs for recovery.

We brought in 12 large water filtration units—each capable of filtering more than 10,000 gallons of water a day—which we installed in the devastated villages. We also provided water storage units in these areas and more than 1,100 rolls of heavy-duty plastic sheeting for constructing emergency shelters.

In the weeks following the earthquake, Chinese soldiers and civilians equipped with materials from Samaritan’s Purse built temporary housing for several thousand families and handed out blankets and hygiene kits. We also provided funding to upgrade a medical clinic.

Samaritan’s Purse and the Billy Graham Evangelistic Association made a commitment to help repair the many damaged churches in Sichuan province where God worked through the compassion and assistance of His people and, as a result, many doors were opened for evangelism and church growth in the aftermath of the disaster.

On 11th March, 2011, a 9.0 magnitude undersea megathrust earthquake struck the island of Japan. Samaritan’s Purse responded within days, sending 93 tonnes of relief supplies. We continued working in Japan for more than a year to help the Japanese people recover. Our efforts included mud-outs, reconstruction, supply distributions, and community events to uplift the spirits of those who lost so much.

On 16 th April, 2016, a 7.8 magnitude earthquake struck Ecuador, killing more than 670 people and injuring more than 16,000. We served thousands of families in Ecuador desperate for clean water and shelter and later provided medical care for them. For the first time, we were able to deploy our Emergency Field Hospital to treat patients with earthquake-related injuries and provide medical and surgical care in those quake-struck communities where established medical care was incapacitated. 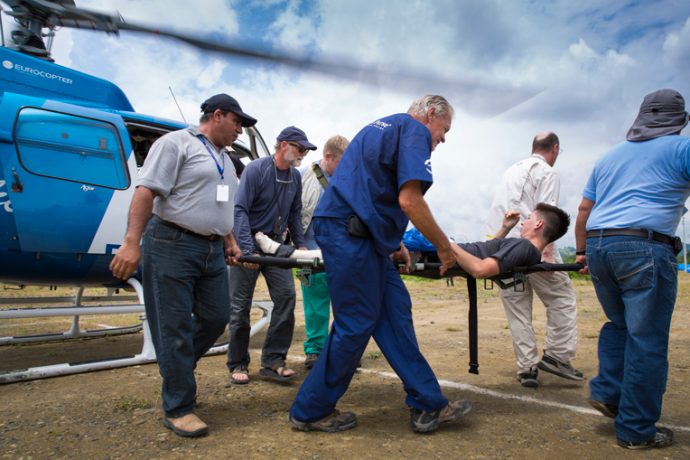 Ecuador earthquake victims are rushed to our Emergency Field Hospital.