YOU HAVE (0) ITEM(S) IN YOUR CART. CHECKOUT NOW
Gift Catalogue

Through our Safe Haven program in the Democratic Republic of Congo, a young runaway in trouble discovers eternal hope after a long journey toward faith and healing in Jesus Christ.

Baraka eyed the money as his aunt placed it inside her small satchel. He wanted to be able to find it later when no one was watching, and though she hid the satchel at home, Baraka found it quickly while she was tending to chores. 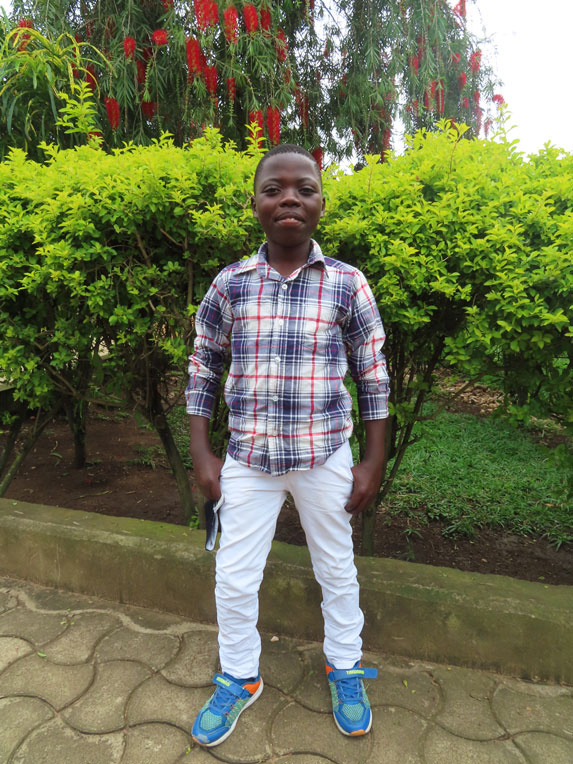 Baraka is excited to be returning home to his family and with a new-found hope experienced through salvation in Jesus Christ.

He had become skilled at this since moving to the small town in eastern Democratic Republic of Congo. He moved there to live with his grandmother and aunt after his parents divorced. For years, he had learned to avoid getting caught.

He took the francs from the satchel and ran out of the house to the place where he kept the things he stole. The next day his aunt became enraged, threatening to curse the person who stole from her.

“She said she would bewitch anyone who stole the money,” Baraka said, remembering how terrified he felt to be cursed by his family. He also feared the possibility of a severe beating from his aunt if he was found to be a thief.

Baraka had considered leaving for a long time, and now he had finally done it. He fled—driven away by fear but also by anger at what his life had become.

For several days after that he traveled by foot, spending nights in a nearby town with other kids on the streets before they decided to go to Bunia, a dangerous trek more than 10 miles to the south. They had heard there were jobs, and they could earn money.

They spent the night walking and trying to sleep by the dusty road before arriving at the town where they would try to live, sleeping in alleyways or finding shelter under tables.

Caring for the Vulnerable

By the time Samaritan’s Purse staff learned of Baraka, he had been living on the streets and scrounging for food and odd jobs for two months. He woke every day with the same question of survival and the fear that he might never make it home again. 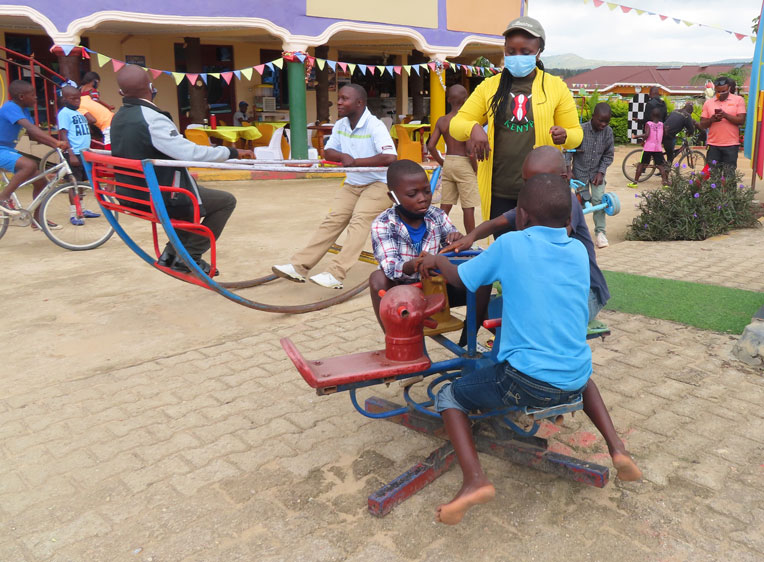 At first sad and distant when he arrived at Safe Haven, Baraka enjoyed making new friends at the shelter.

We praise God that local pastors who regularly work with and minister to street children notified our Safe Haven team of Baraka’s situation and invited him to participate in the program. For the first time in a long time, since the divorce and separation from his mother, Baraka experienced hope and belonging.

Safe Haven is a Samaritan’s Purse program in Bunia working to help vulnerable populations who are cast aside, forgotten, and sentenced to lives of shame, often following traumatic life events. Such people in need include: street children, survivors of sexual and gender-based violence, and people living with HIV/AIDS. These populations often risk being exploited through prostitution or sex trafficking.

“These are the most marginalized people in our communities, and what we give them is a place and a community where they can heal emotionally, grow in their relationship with God, and learn skills to make a living once they leave us,” said Hanna Mukora, program manager for our Safe Haven project. “For children like Baraka, it has been especially important for us to teach him forgiveness and also God’s forgiveness and love for him.”

For Baraka, Safe Haven provided acceptance, security, and stability, qualities he had not experienced in a long time. Over the next several months as our staff verified his identity, worked to safely contact family members, and ensured a safe return home for Baraka, the young man experienced God’s healing.

At first, he was shy and suspicious, and he didn’t try to connect with other children in the shelter. But soon enough, he started making friends. Now, in place of the curse he feared, Baraka experienced peace. Instead of waking up most mornings uncertain about his survival, he praised God.

“We wake up every day, have devotions, sing, and study the Word of God,” Baraka said, grateful for the Scripture he’s memorized during his time at Safe Haven, including his favorite verse, John 3:16. He said that for the first time, especially after seeing the Jesus film, he began to understand what Jesus Christ had done on the Cross for him.

“I finally understand what salvation is.”

“I could not believe that He suffered this much because of my sins,” Baraka said. During his time at Safe Haven, Baraka received Jesus Christ as his Lord and Savior. “I finally understand what salvation is, and I want to tell my family.”

Over the past few months, our teams have been in contact with Baraka’s family, who, sadly, had assumed he had died until hearing from Safe Haven. Since that initial contact, we have helped facilitate his reunion with his mother.

“It is often difficult to get accurate information from runaways and to finally track down their families,” Hanna said. “Then we have to make sure they are returning to a safe environment when they rejoin their families again. This can often take a long time.”

Finally, a little over a week ago, Baraka saw his mother’s face again through tears of joy. She came to the shelter to bring him home to his family. Young Baraka will now, in turn, have a chance to bring the Gospel home to them.