From the Rubble: One Year Later in Nepal

The ground started shaking and temples in Kathmandu’s Durbar Square began to sway. The Square, one of Nepal’s most famous historic and cultural sites, was packed with tourists.

Soccer fields were filled with children enjoying the weekend, and churches were concluding their services.

As buildings and homes began to crumble, and the ground continued to shake, people quickly realised this was no usual Saturday morning.

Families fled their homes and took to the streets. All over Nepal’s capital city panic and chaos erupted.

In those initial terrifying moments on 25 April 2015, the city had no idea how far-reaching the devastation would be from the 7.8-magnitude earthquake that rocked the central region of Nepal. In the days and weeks to come the death toll would continue to climb, ultimately surpassing 8,800.

Samaritan’s Purse responded to the earthquake, the worst to hit the region in 80 years, by bringing physical relief in the Name of Jesus. In less than a week we had 30 personnel on the ground who immediately began coordinating relief efforts in the hardest-hit areas.

The earthquake affected more than 8 million people—almost one-third of the country’s population—and damaged or destroyed more than 500,000 homes. 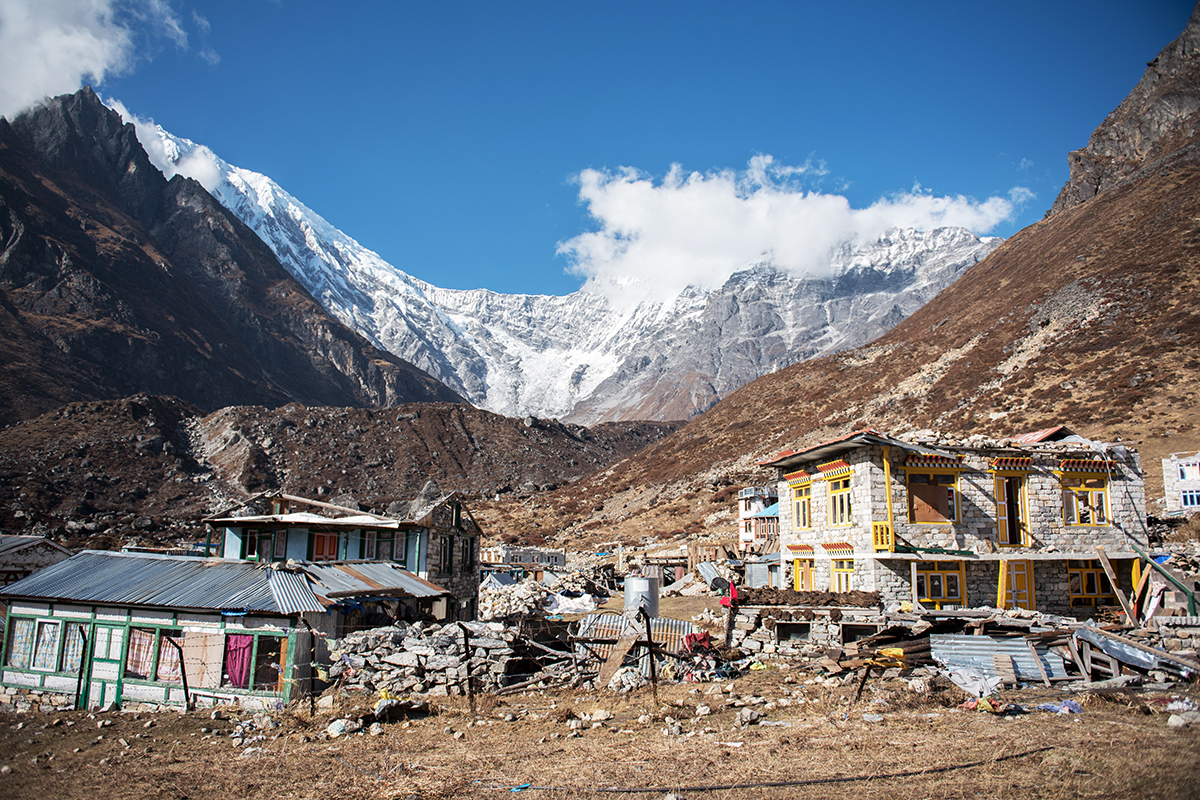 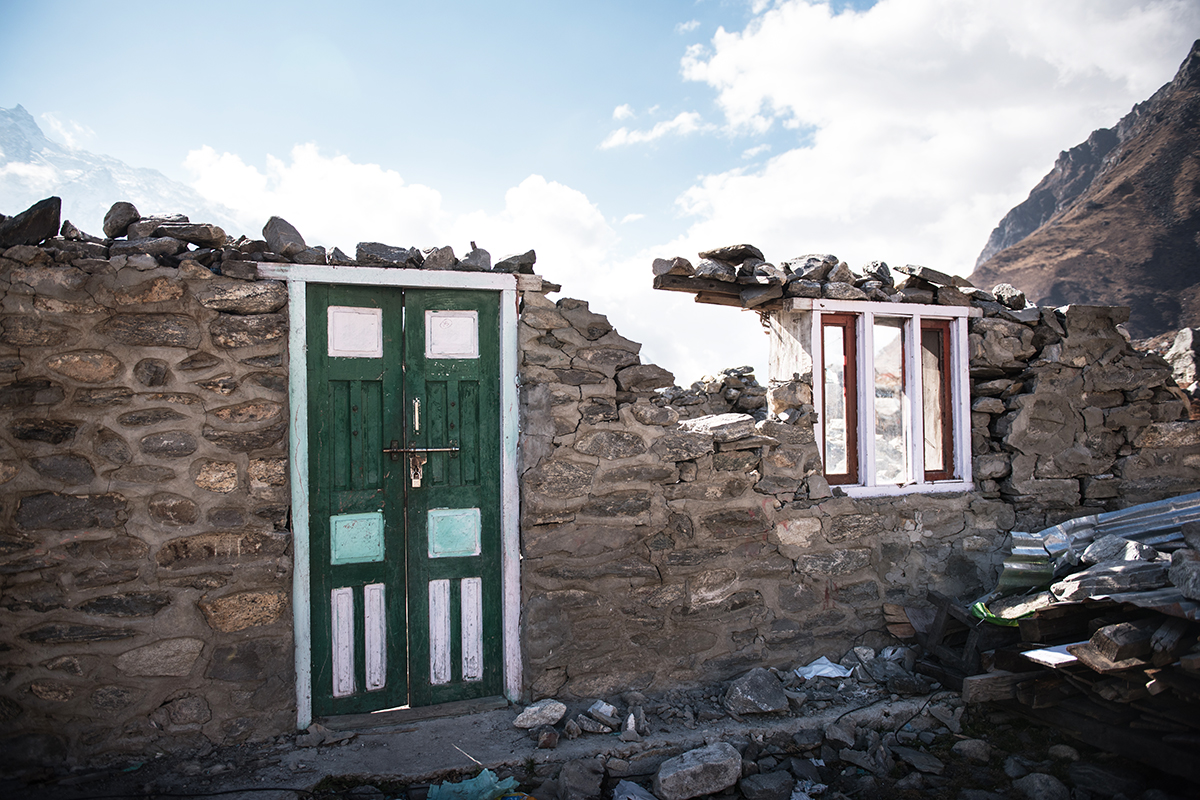 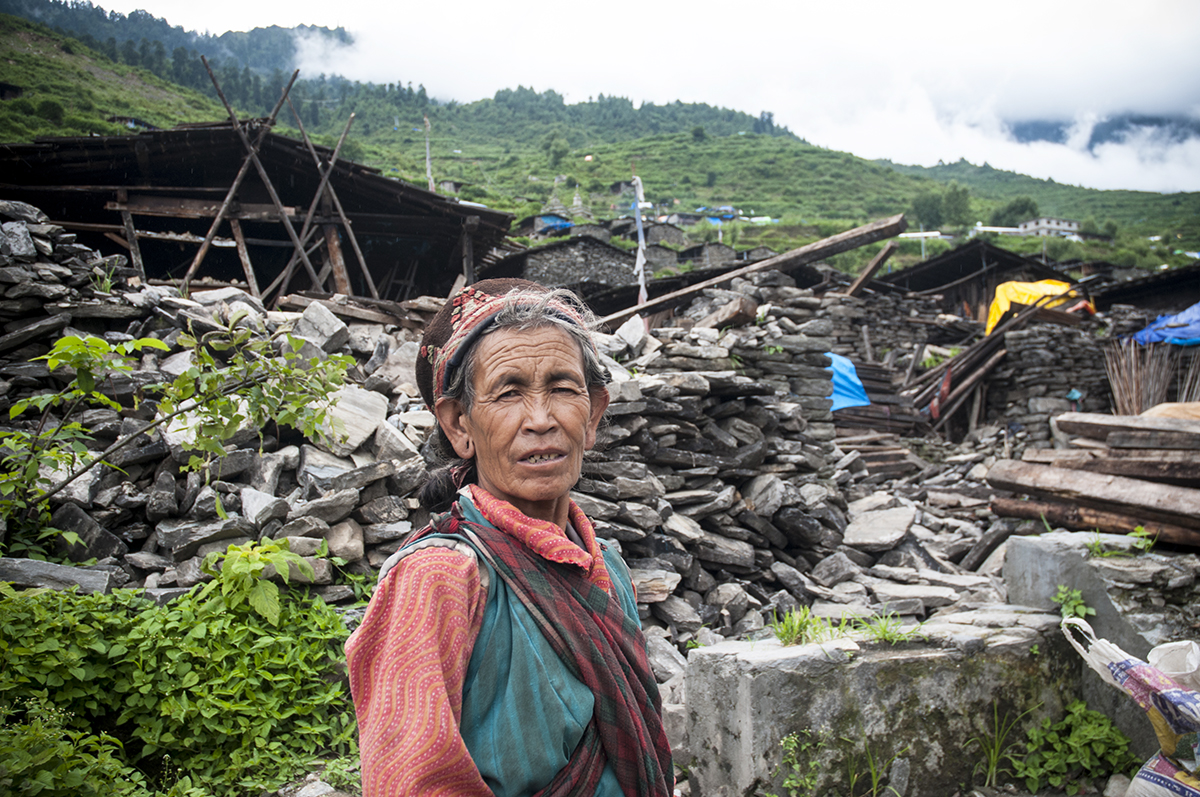 Hinduism is very important to the people of Nepal. The South Asian country has the largest population of Hindus living outside of India, and its Christian population is less than one percent. 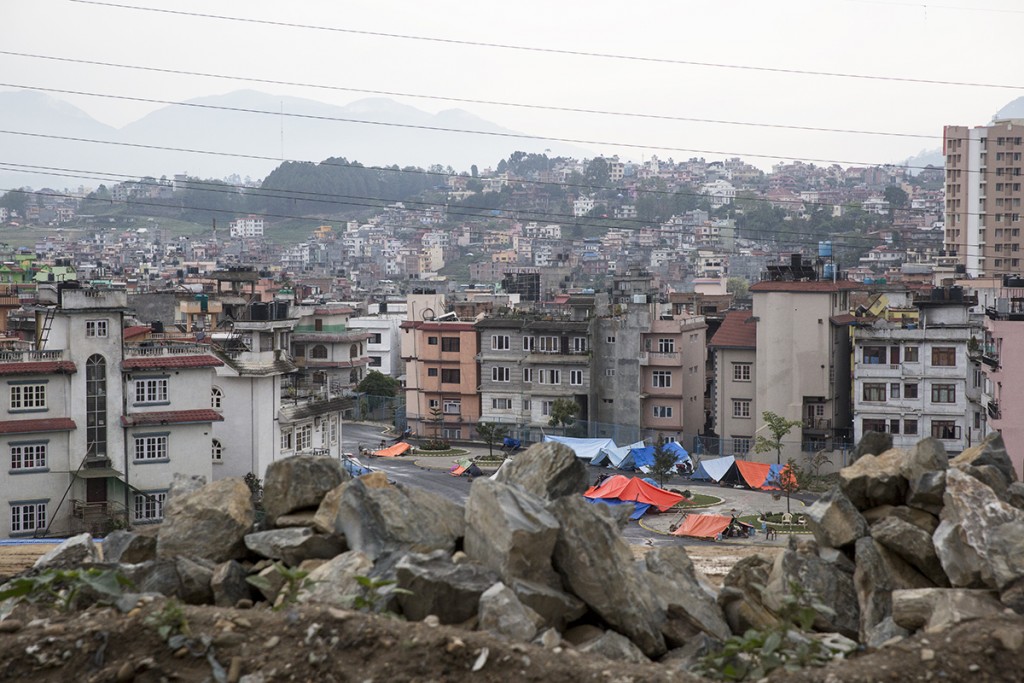 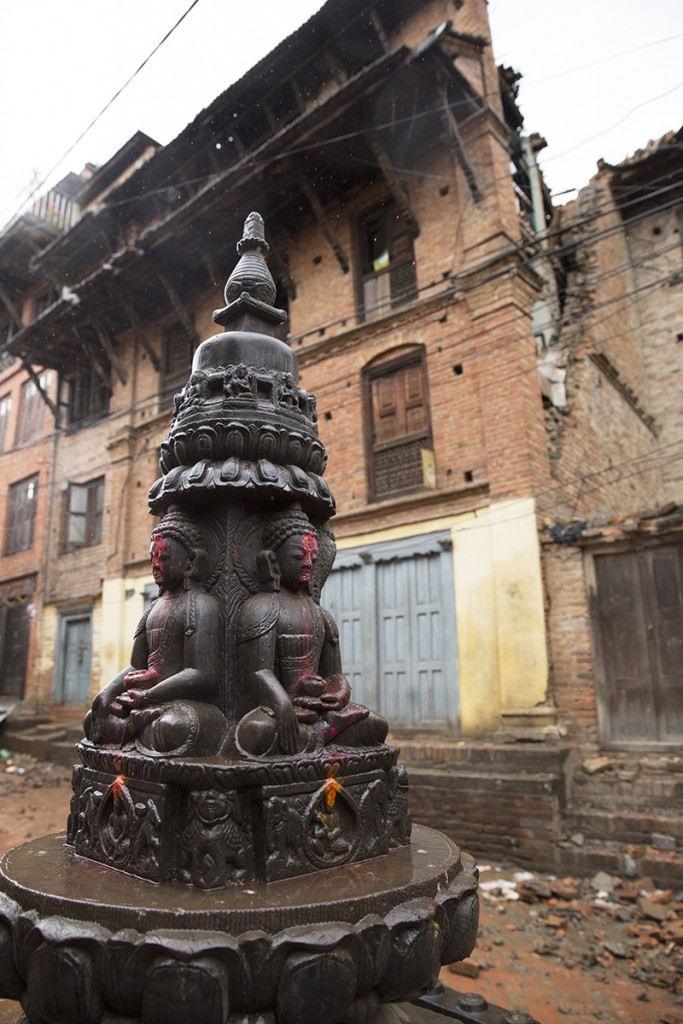 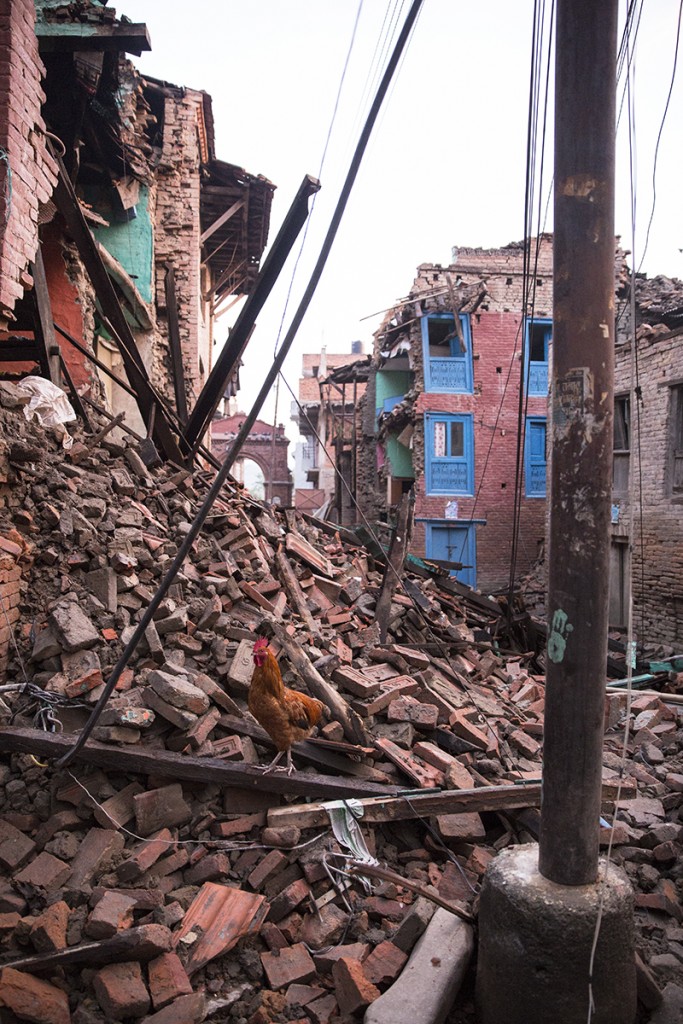 The rocks stopped falling and the father saw his chance. He ran as fast as he could, grabbed his two daughters who were standing in the path of the landslide, and brought them to safety moments before rocks began falling again.

“I couldn’t believe the timing,” said Lance Plyler, who led the Samaritan’s Purse medical team in Nepal. “The rocks just barely missed them.”

Plyler was deep in the heart of the Himalayas when the second earthquake hit Nepal on 12 May, triggering a landslide along the trail where Plyler and his team were traveling to assess needs in remote villages.

The second earthquake sent a new wave of fear and panic among Nepalis, many of whom were still sleeping outside on the ground or in tents.

“They were too scared to go back in,” Plyler said.

Plyler and the team worked to provide comfort and healing. At Anandaban Hospital, Samaritan’s Purse surgeons worked alongside Nepalese doctors to perform 50 surgeries and treat 473 patients. 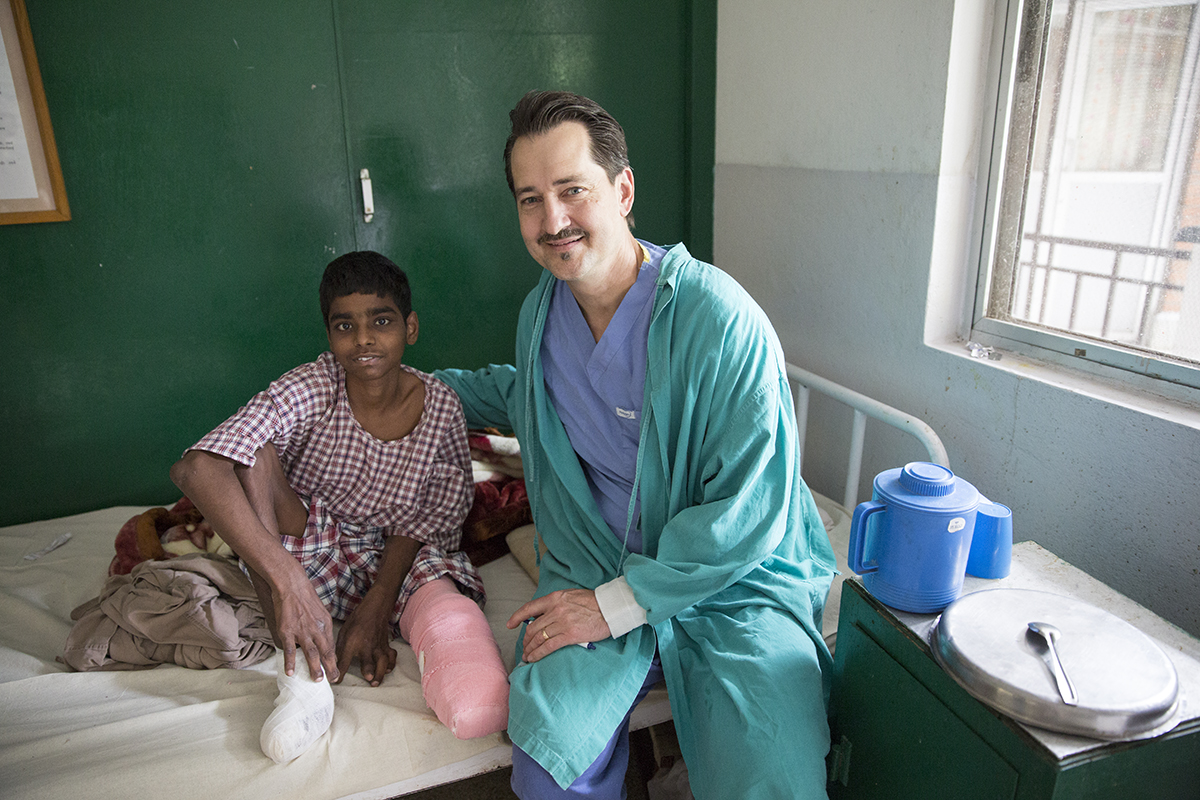 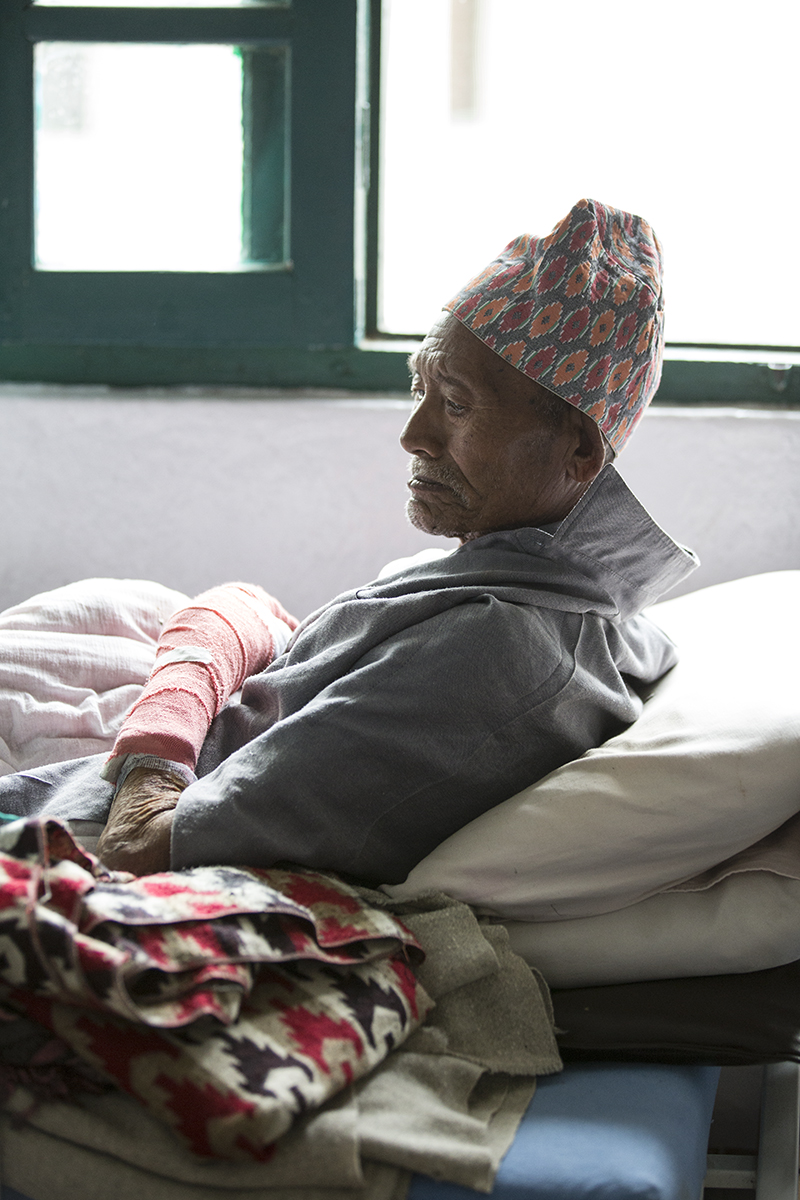 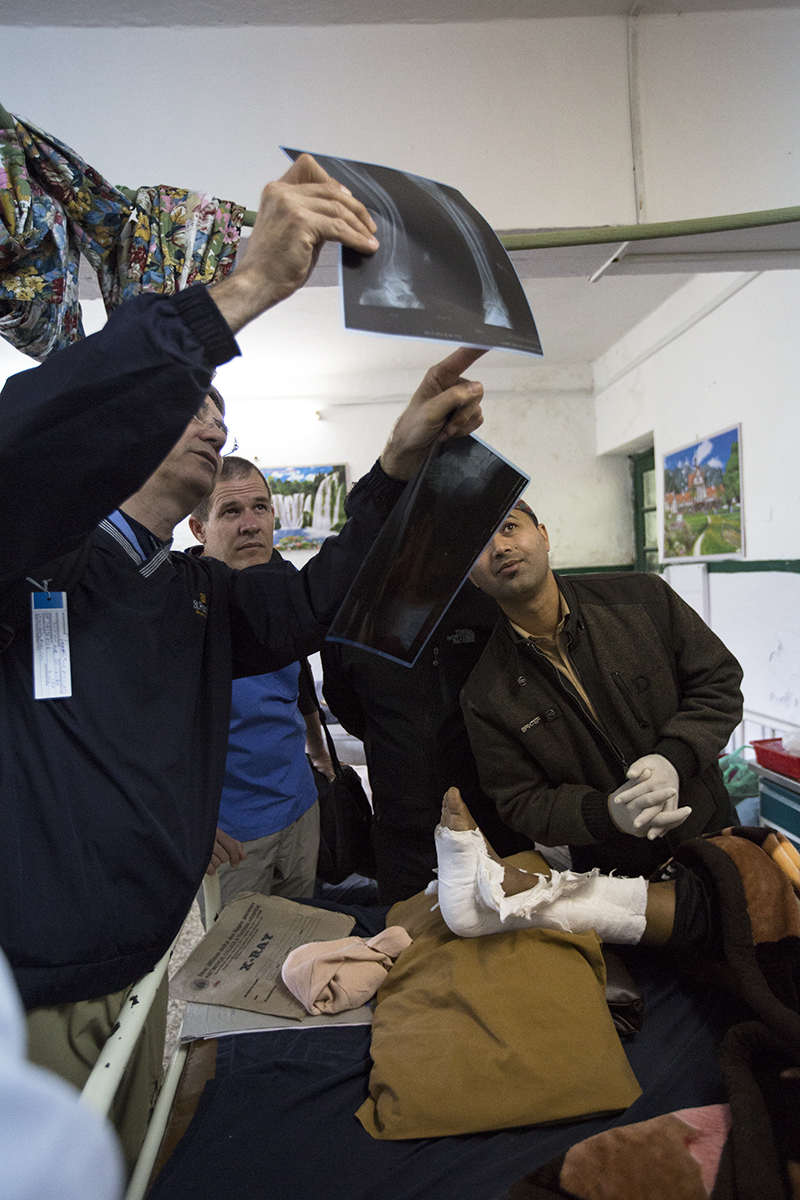 The earthquake’s aftermath left millions without a way to meet their basic needs. So within one month of the first earthquake Samaritan’s Purse had chartered eight cargo flights in order to get desperately needed relief supplies to earthquake victims.

We distributed emergency kits to 60,847 households in 17 of the worst-hit districts. The kits included blankets, two tarps, kitchen supplies, hygiene items, soap bars, a jerry can, and water purification tablets. 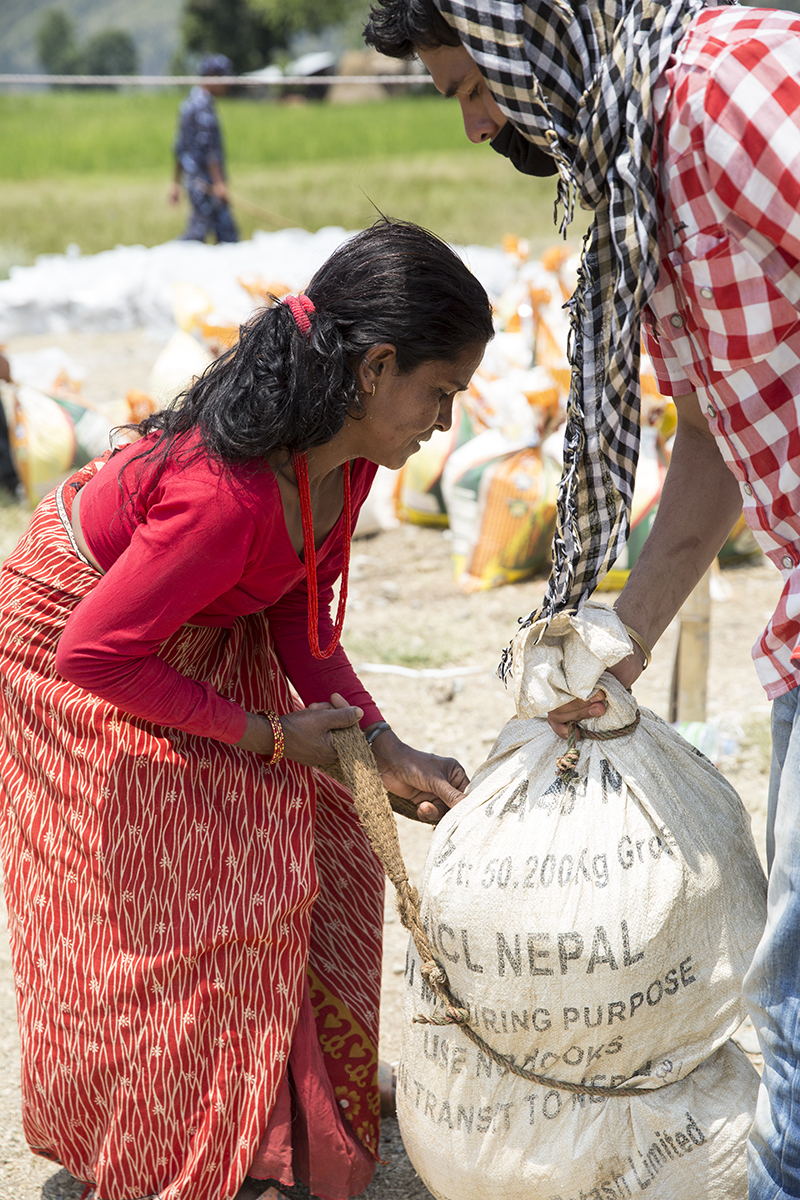 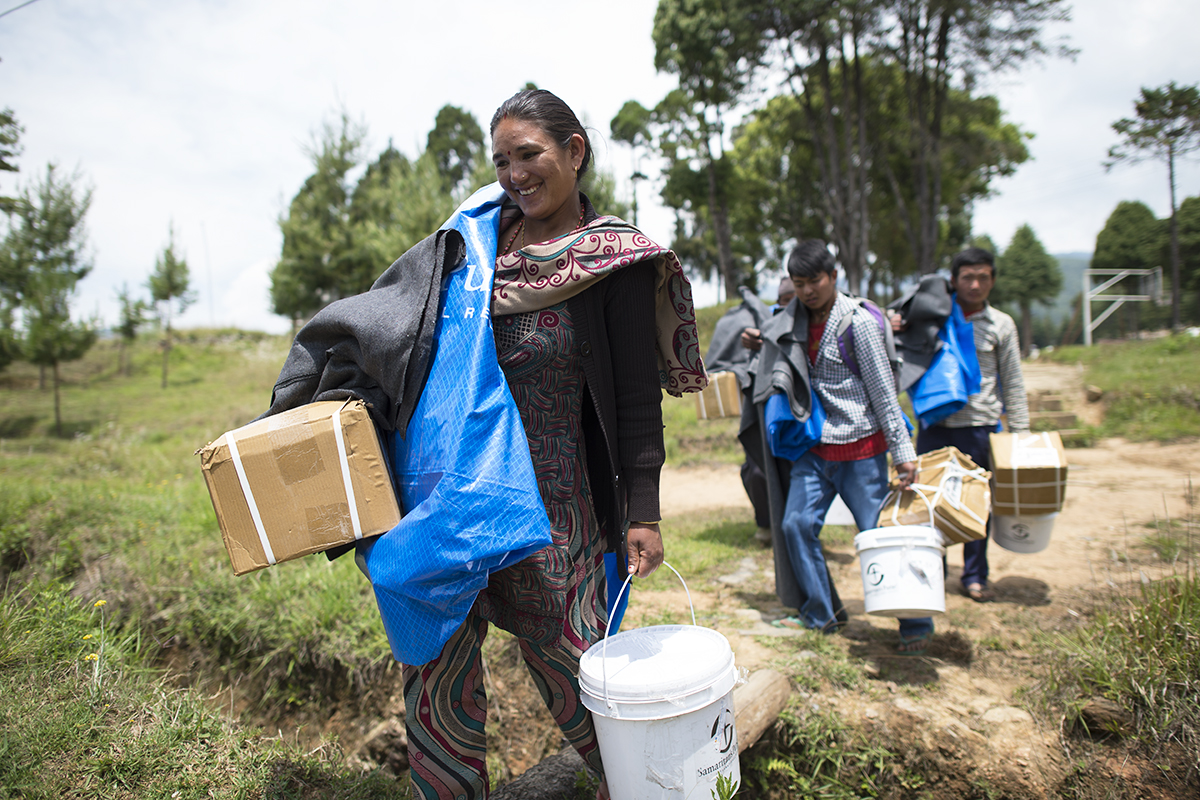 Water, sanitation, and hygiene were also major problems. More than one million people needed clean drinking water. Without access to latrines, the risk of water-borne diseases increased. Thousands of Nepalis whose homes were destroyed moved to displacement camps where the risk of these diseases was even greater because of overcrowding.

As relief transitioned into recovery, our staff determined shelter as a top priority. And with monsoon season quickly approaching, bringing the threat of heavy rains and mudslides, we had no time to waste.

Our shelter kits served 24,379 families, most living in remote mountain villages. About 80 percent of Nepal’s population lives in rural villages. The country’s extreme terrain, coupled with impassable roads due to earthquake-related flooding and landslides, made already remote villages even more isolated.

Some people walked as many as eight hours to receive their shelter materials. Older adults brought their children and grandchildren so they could help carry the materials on the long journey home.

The kits included iron sheets, steel pipes, wire, plastic, and a tool kit. Samaritan’s Purse held training sessions to teach families how to most effectively use the shelter materials. 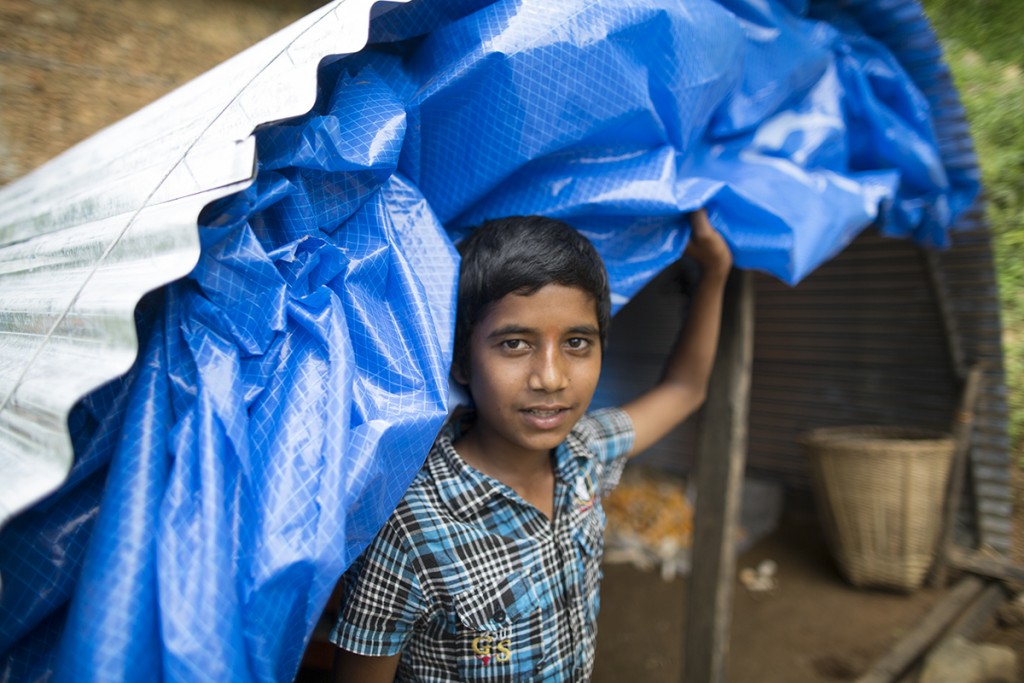 On the heels of monsoon season came the harsh Nepal winter. Families braced to endure extreme temperatures, which could have proven fatal for those who lost everything in the earthquake and had no way to keep warm. 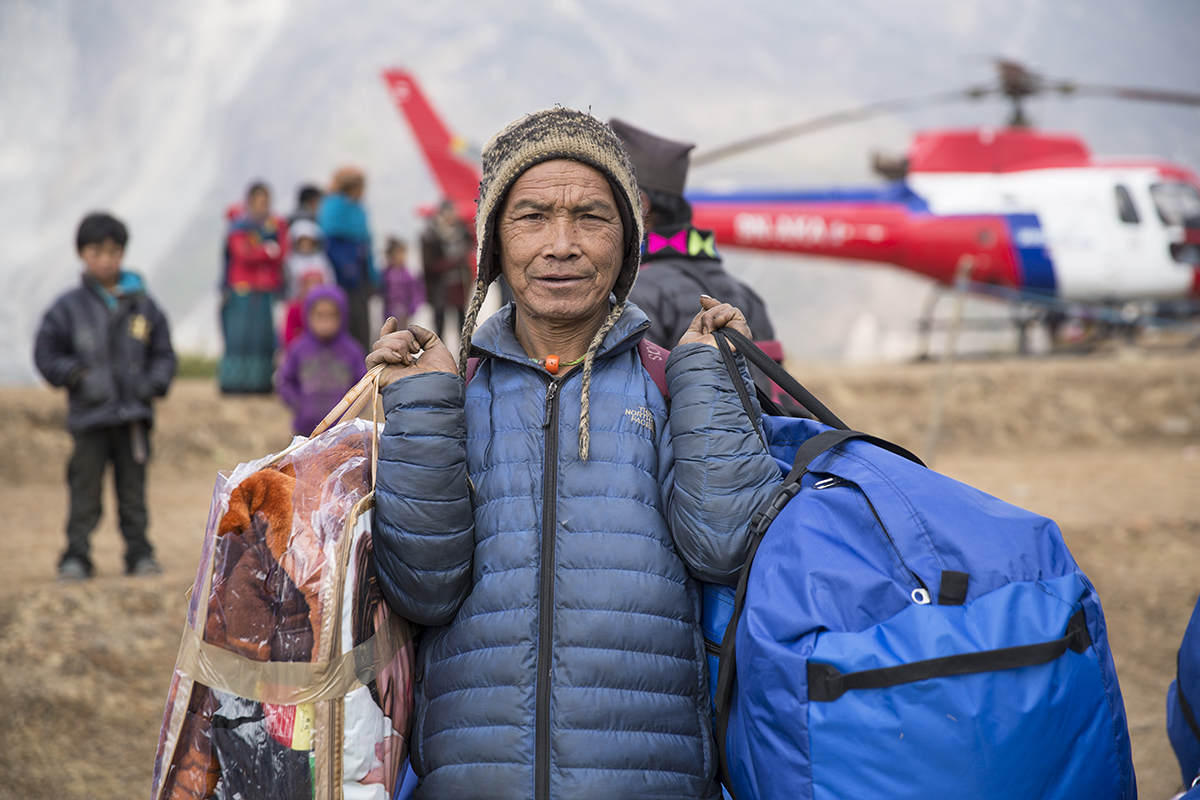 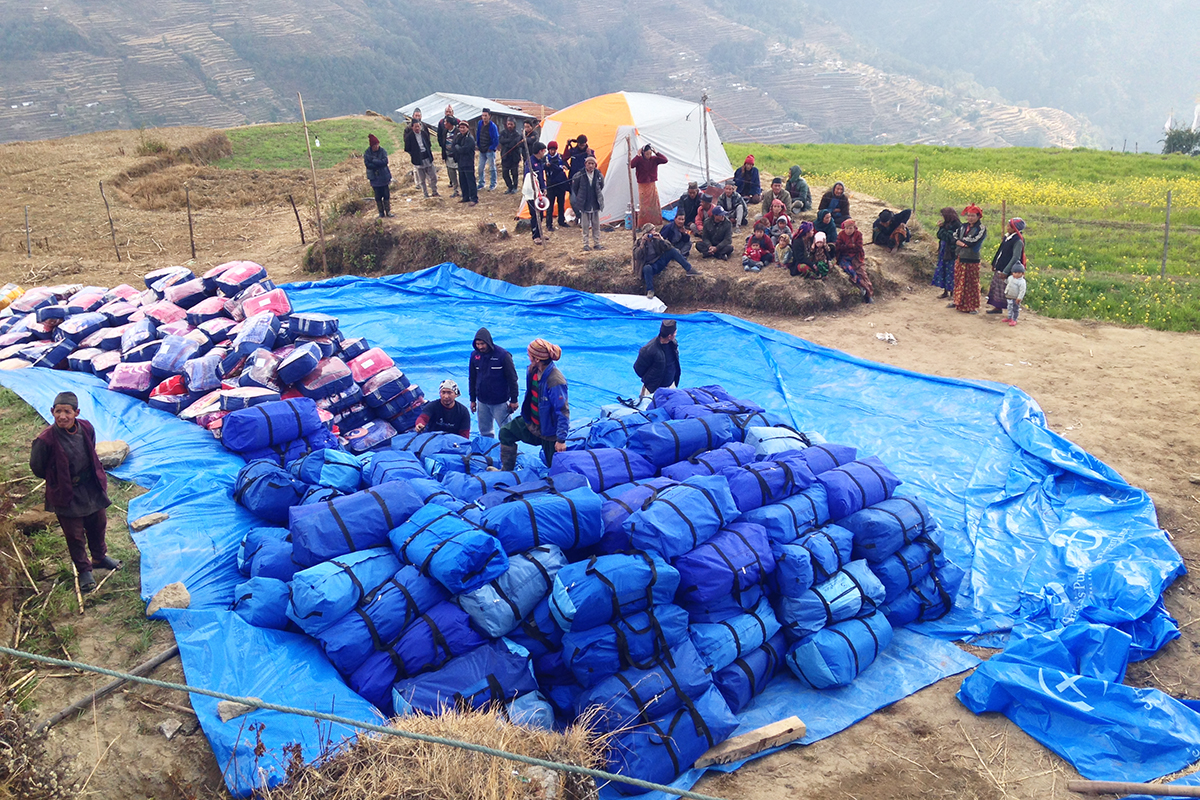 Samaritan’s Purse is working toward ongoing recovery efforts in Nepal, helping communities rebuild their schools, homes, and lives. Our goal is to increase efforts in areas such as WASH programmes, agricultural projects, and livelihood skills redevelopment.

On this one-year anniversary day we look back with gratitude to God for allowing us to be tangible expressions of God’s love for the people of Nepal.

Please pray for the earthquake victims and our continued efforts to bring physical relief and spiritual comfort. 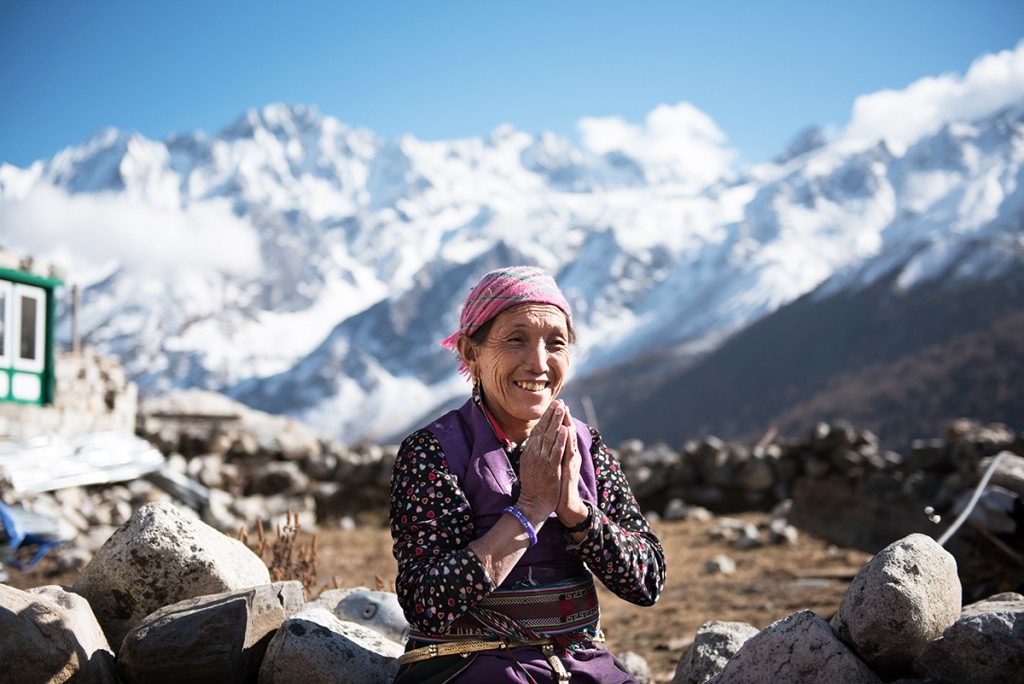