Almost two years after Hurricane Maria struck this Caribbean island, farmers are still working to rebuild and Samaritan’s Purse is providing a way forward through its horticulture programme.

When Hurricane Maria arrived on 18 September 2017, it destroyed almost all that Desmond had.

“I was devastated. I cried for a whole day—I lost my greenhouse and a majority of my plants.”

Desmond had learned the trade of floriculture from his grandmother and had been raising and selling flowers for more than 20 years when the hurricane struck. For him, his occupation was not only his livelihood, but also something he loved to do. His work was essential to his well-being. 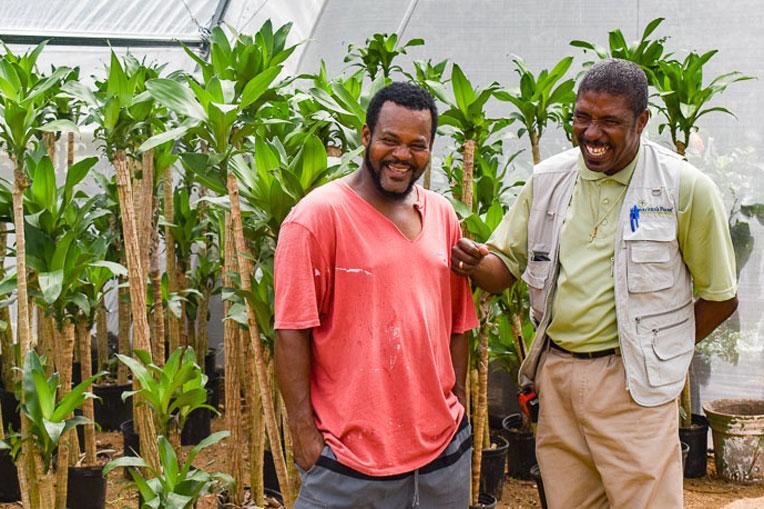 Desmond realised that he did not have the resources to recover what Hurricane Maria had taken from him. In the midst of the pain, he reached out to God.

He prayed, “Please Lord, I do not have the money to buy a new greenhouse. I wish someone would send a greenhouse to me.”

Desmond’s prayers were graciously answered. The Samaritan’s Purse horticulture production programme in Dominica constructed a new, storm-resistant greenhouse for him.

“For me it is like a dream come true,” Desmond said. “It is amazing. I am really grateful for it. I am going to make good use of it.”

Rebuilding What Was Lost

Felice gazed at her new greenhouse. Written on the outside of the entrance in black marker were the words: “The Lord is my shepherd.” She, too, lost a greenhouse from the raging winds and rains of Hurricane Maria. With Psalm 23 in mind, Felice put her trust in the Lord and sought His comfort in her distress. After she connected with Samaritan’s Purse, she joyfully received a new greenhouse to help get her back on her feet. 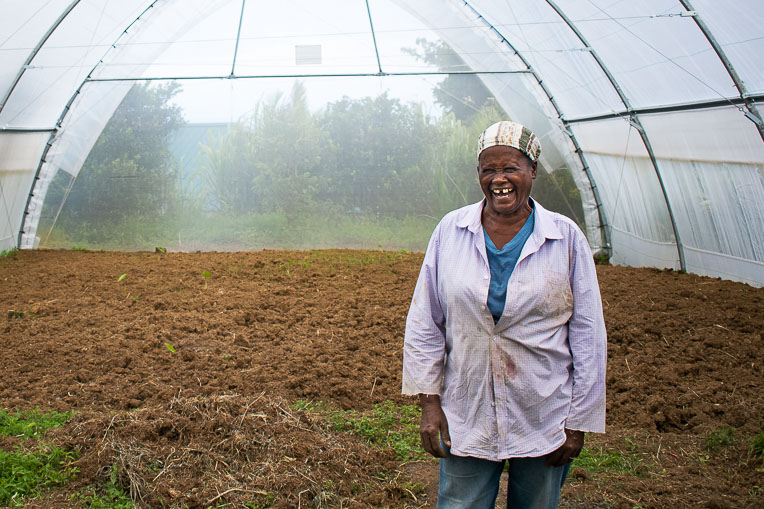 Felice is grateful to God for providing a new greenhouse for her through the horticulture programme.

“We [Dominica] are up, God has elevated us. We are on top,” Felice exclaimed as she shared how her island continues to recover from the disaster with determination and hard work.

Kennedy lost four greenhouses when Hurricane Maria struck. “I never thought I would be able to rebuild what I lost,” he said.

The horticulture production programme equipped Kennedy with the necessary materials and training he needed to build a new structure himself. Now his greenhouse stands firm under the Dominica sun with a surplus of fresh tomatoes growing safely inside.

Pointing to God Above All

Desmond was not only moved by the physical help he received from Samaritan’s Purse, but also by the spiritual assistance as well. 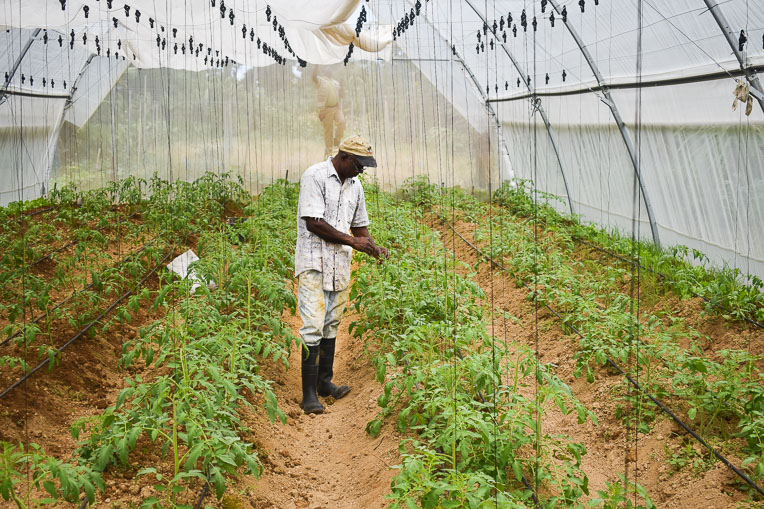 Kennedy tends to tomato plants inside the greenhouse he constructed after receiving materials and training from Samaritan’s Purse.

“A gentleman came to me and [said] he has a gift for me,” he said. “Then he actually gave me a Bible.”

This touched Desmond’s heart. He says Samaritan’s Purse reminded him that there are godly people out there who want to share the blessings they have received. He notes that while the organisation was not required to help the people of Dominica, they came to show the love of Christ.

Although still deeply rattled by Hurricane Maria, Desmond now finds faith and trust in God’s plan for him.

The Samaritan’s Purse horticulture production programme in Dominica has constructed 38 new greenhouses for those in need, with 12 more slated for construction before the end of 2019. As a result, these farmers can provide for their communities and contribute to the recovery process of the entire country.