YOU HAVE (0) ITEM(S) IN YOUR CART. CHECKOUT NOW
Raising Families
Healing for the Sick 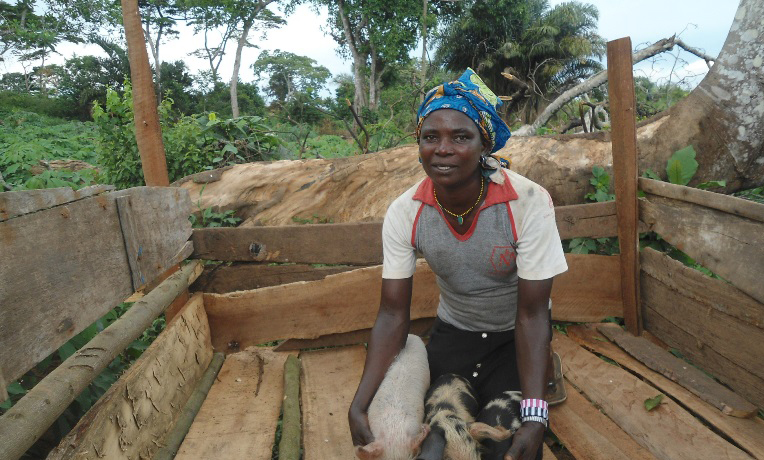 The pressure and trials of being a single mother used to weigh heavily on Jovia. The poverty that burdened her community made it difficult to even find occasional work tending to fields during harvest season and selling firewood. Most nights she and her two children went to bed hungry in their dilapidated house. Drinking alcohol became her escape and consumed her to the point that she could not care for her two children. There was  no food in their home, and her daughter was sick.

Jovia’s family was supplied with vegetable seeds, agricultural training and three pigs. The family, eager to provide for their needs, planted the vegetables and earlier this began selling their extra vegetables at the market. With three grown pigs, Jovia able to sell her pig’s offspring and has raised enough money to put Susan back into school. Susan is now in Primary 2 at Bwendero Primary School and Jovia is now able to care for her daughter Susan by purchasing HIV drugs at their local health centre. Susan is now looking healthier and happier than ever before.

From the regular visits and prayer from church volunteers, Jovia gave her lift to Christ and stopped drinking alcohol. With this support she has received her life now has improved not only for her but her children as well. She hopes to increase her livestock and her start a business.

Seeing the transformation that has taken place in her life, Jovia said with a lasting smile: Before I was lost and the only thing I could do was drink. You supported me with prayers and other material things like piglets. I thank God for this provision. I’m grateful that people out there are thoughtful about us and I feel loved because there are people who care about me and support me. They have not only blessed me, but the children under my care. I plan to raise my children to know God.

Raising Families trains and equips local Churches in Sub-Saharan Africa and Central Asia to transform the lives of families living in desperate poverty.

Church Action Groups teach vulnerable families that God can use whatever He has given them – gifts, skills, relationships, resources, land, time – to enable them to create a sustainable livelihood and bring about lasting change.