Ministry on the Korean Peninsula

Ongoing: Samaritan’s Purse is deeply rooted in ministry in Korea and has seen God work in powerful ways to change the lives of many people.

Long before the Korean Peninsula was partitioned, Franklin Graham’s mother, Ruth Bell Graham, attended high school in Pyongyang. Her parents served in China in full-time ministry, and Pyongyang was known as a hub of missionary work. Franklin’s father, Dr. Billy Graham, first visited North Korea in 1950 and ever since, God has continued to open doors for our work in the region. 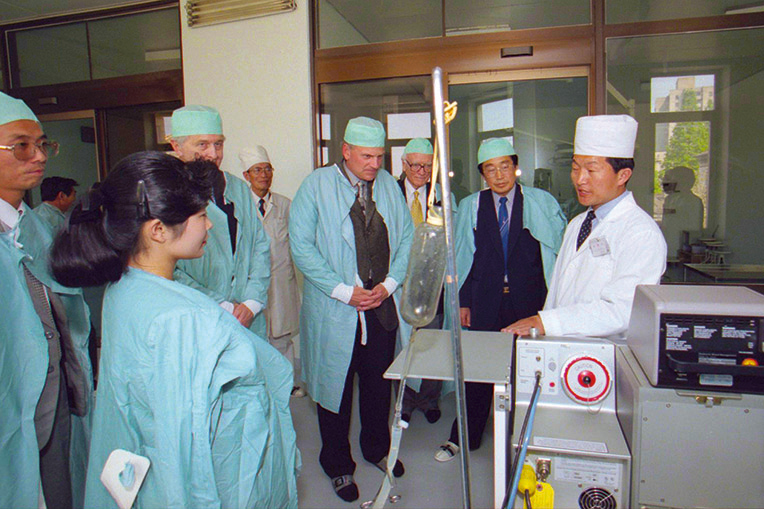 Dr. Graham met with leaders of North Korea on numerous occasions. In 1992, he made a seven-day visit to Pyongyang, where he preached and met with university students. He also preached several times in Seoul, South Korea, with 1.1 million people coming in 1973 to hear the Gospel message—the largest crowd ever for one of his crusades.

Franklin shares his father’s heart for the people of Korea and has met with leaders in both countries.

In 2002, Samaritan’s Purse distributed Operation Christmas Child shoebox gifts to children in Pyongyang. The organisation then chartered airlifts in 2007, 2010, and 2011 to North Korea in order to provide emergency relief supplies in the aftermath of devastating floods. We also have helped to renovate and equip several medical facilities in the country and donated a mobile dental clinic.

SEE MORE 50TH ANNIVERSARY CONTENT FROM SAMARITAN’S PURSE
In South Korea, in 2007, Franklin held a festival and preached in the largest stadium in Busan, which was filled and overflowing four straight days.

Samaritan’s Purse is currently working to establish an office in Seoul to further develop our ministry on the Korean Peninsula as we work to meet needs in the Name of Jesus Christ. 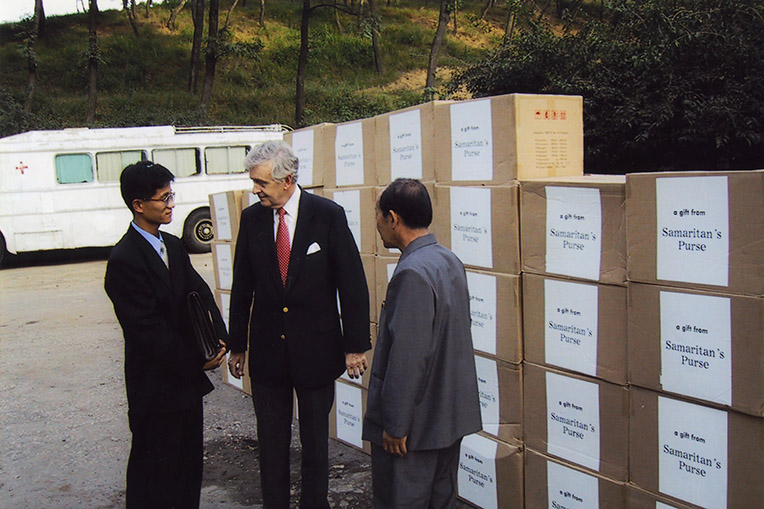