On the Friday before leaving Greece, I was asked by one of the staff members if I would be willing to share a few thoughts about the experience during Monday morning devotions. After only a week, I wasn’t sure if I would have sufficient ammunition for any sort of real, deep, and meaningful devotion, but, as it turns out, it didn’t take a whole lot of reflection to figure out exactly which lesson God had in store for my short time serving alongside the staff in a couple of Greece’s many refugee camps.

During my visit, I was able to help distribute goods in two camps. In many ways, the two camps could not have been any more different from one another. The first camp was a planned camp and was well-organised, with a variety of organisations serving side-by-side to meet a colossal list of physical and material needs. Although the circumstances surrounding the displacement of so large and diverse a group of refugees was heart-breaking, a certain sense of order was beginning to take shape out of the chaos. As a team of nine, aided by nearly 10 refugees, we were able to divide the workload and provide critical hygiene items to nearly 1,200 refugees within about five hours. 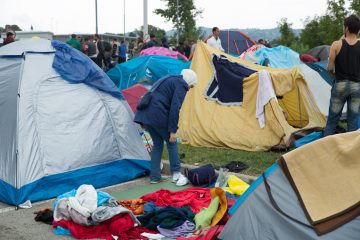 The second camp, however, was an entirely different experience; this camp was unplanned and was far more representative of the type of chaos one would imagine when masses of refugees embark on an exodus from their war-torn nations and pour onto the shores of a country that is not their own.

In this camp, comprised of nearly 5,000 Syrian, Iraqi, Afghani refugees, there was no real order; there was only existence. Colorful two to four-person camping tents engulfed nearly every inch of this fully functional commercial port, with only limited evidence of the structure imprinted on many of the other camps. Due to the lack of recognisable, linear structure, this distribution was considerably more challenging. It was in this chaos that I began to see a bit of what God had in store for me during this trip.

As soon as it became evident that we were about to distribute something to provide escape, relief, or normalcy (however momentary it might have been), crowds began to form around each member of the distribution team. Despite our best efforts to encourage the crowds to return to their tents for distribution, the throngs moved along in step with the distributors.

Then it happened—I spoke to one of the Syrian refugees in his own language. As one of only two workers present who was able to stumble along in a language recognised by many of the refugees, I suddenly developed a dedicated following. The crowd pressed in, each person eagerly awaiting the opportunity to plead a case for extra goods, air a grievance about perceived inequity, or share his or her story. Every step became a challenge, and I had unwittingly accepted a new role. I was no longer a primary distributor; I was now a human magnet, whose purpose was to allow others to distribute more effectively.

There was one particular boy who followed me throughout the distribution and will probably stay in my mind for life. Samir was a young Syrian refugee, perhaps 11 or 12 years old, and, although at first he was by himself, he eventually brought along a young companion of approximately the same age. 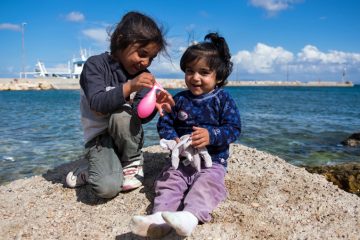 Refugee children still play and laugh despite the difficulties they and their families face.

Samir was a handsome little fellow with a crisp part in his hair, but it was clear from his eyes that he’d spent a lot of time crying recently. As soon as he’d discovered I could struggle along in his native-tongue, he approached me to let me know that he didn’t receive a bag in his tent.

While this would normally seem like a simple solution, there were dozens of people surrounding me who were working the same (or a similar) angle, but it was his persistence that kept my attention. Samir and his friend followed me faithfully for nearly an hour, with small pieces of his tragic story coming to light, bit by bit, as we ventured along.

The distribution progressed, but even though it was becoming clear that Samir’s story was unlike any of those around him, I had to make every effort to avoid providing bags to individuals away from their tents in order to prevent the mob that would undoubtedly ensue.

The full picture of Samir’s story came into view when his faithful friend filled in the gaps. While in Syria, Samir’s father was killed in an air-raid, which prompted his mother to flee with Samir through Greece in pursuit of a future. Shortly after their arrival to Greece, Samir’s mother was granted the opportunity to travel to Germany, so she did. Although Samir’s friend was clearly making an attempt to take him under his wing, Samir was ultimately alone.

As if this tragic situation was not enough, on this day in which he should have received some small bit of hope through a humanitarian distribution, Samir’s distribution bag was stolen from him when he left his tent. With the full picture now in view, I asked Samir and his friend to stay with me while I finished with the distribution. 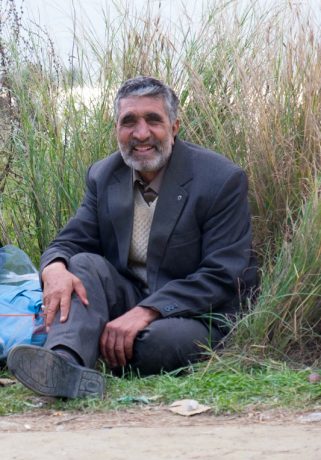 Like a shadow, Samir stayed within about 6 feet of me throughout the distribution until, finally, I was able to gain enough visual separation from the crowd to sneak a replacement bag to Samir. As soon as I did, Samir’s friend leaped into my arms, forcing me to catch him, and kissed me square on the cheek, thanking me profusely. Samir followed suit, and, for the first time that day, I actually saw a smile on the boy’s face.

Sheep with a Shepherd

The distribution ended, and my wheels began to turn. While reading through Scripture over the years, I had always wondered what it must have been like for Jesus to minister to large crowds who had needs that were so much deeper than they could understand. Crowds followed him for healing, for food, for entertainment—for what He could provide for them.

While it’s not fair to say that every person in every crowd saw Him as a means to an end, it’s certainly accurate to say that, based on the scarcity of these supportive masses during His trial and crucifixion, many saw Him as more of a Santa than a Saviour. He knew what they were thinking about Him, He was God in the flesh. Even knowing this, what was His reaction to them?

“Then Jesus went about all the cities and villages, teaching in their synagogues, preaching the gospel of the kingdom, and healing every sickness and every disease among the people. But when He saw the multitudes, He was moved with compassion for them, because they were weary and scattered, like sheep having no shepherd.” (Matthew 9:35-36, NKJV)

He had compassion on them. He saw their true need. In all of these crowds, He saw an immense opportunity for mass redemption, not a logistical inconvenience. He often met their physical needs, but, more importantly, He saw their need for a shepherd to lead them into a right relationship with God. 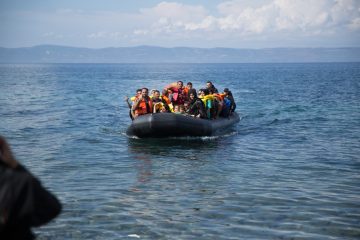 As a recruiter for Samaritan’s Purse, I was hit hard by Jesus’ next statement: “The harvest truly is plentiful, but the labourers are few. Therefore pray the Lord of the harvest to send out labourers into His harvest” (Matthew 9:37b-38, NKJV). The Samaritan’s Purse staff members in Greece are an incredible collection of selfless servants. We continuously ask of Him, and the Lord of the harvest has continuously provided. Please pray that God will continue to raise up people to bring hope to an otherwise hopeless situation.