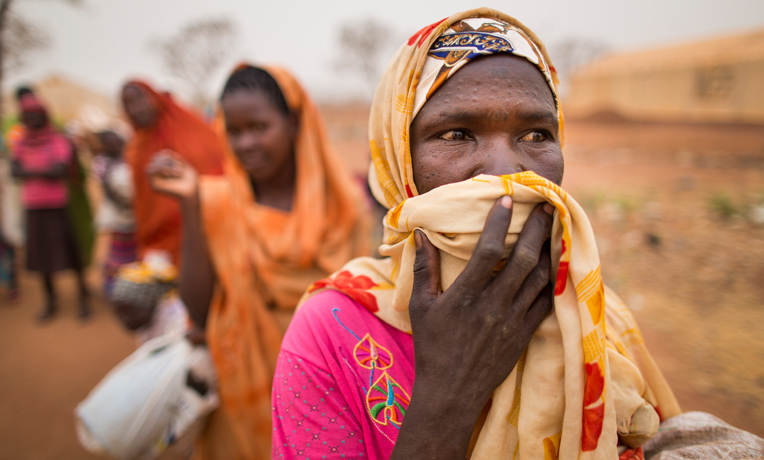 Samaritan's Purse are distributing food, providing clean water wells and declaring the hope of Jesus Christ to people in crisis in this troubled nation.

It’s been nearly six years since a famine has been declared anywhere in the world, but in February famine was officially confirmed in two regions of South Sudan, the world’s youngest nation.

The government of South Sudan and the United Nations jointly announced on Monday the 20th of February that 100,000 people in Unity State – specifically within Mayendit and Leer counties in the central part of the country – face starvation, with one million more on the brink of famine.

To increase the effectiveness of our food distribution, we are working on an ongoing programme to rehabilitate and drill wells to provide clean, safe water to 35,000 people in Unity State, South Sudan.

THE URGENT NEED FOR CLEAN WATER

During a time of famine, drinking dirty water often kills people more quickly than food shortage. Malnutrition and starvation significantly compromise the body’s immune system, so disease-ridden water has no obstacles to taking hold. It is essential that those experiencing famine have access to clean water – it is a vital building block to recovery. Thousands of people in South Sudan currently have no choice. They drink diseased, potentially life-threatening water, as there are no functioning wells nearby to where they live.

Famine in certain parts of South Sudan is one result of the country’s ongoing internal conflict, which began in December 2013. Violence and insecurity in the country have led to a rapidly deteriorating economy and have made it nearly impossible for civilians to plant and harvest crops. The nation has the potential to be considered the bread basket of East Africa, yet is now experiencing significant food shortages because of civil strife.

Local markets in Mayendit are empty and closed, food production has been greatly limited, and malnutrition among women and children continues to increase. Typical livestock, such as chickens and goats, can no longer be found, as they’ve been used as a source of food for the community over the years of suffering. The cattle that do remain are thin and unable to produce enough milk for the people.

Pray for an end to the suffering in South Sudan.

Please remember the affected people of South Sudan—many of them children—and pray that God will bring peace to this young nation. Pray for protection and strength for our teams as they work in the region and minister to those in dire need.