Relief Flown to Island Residents Cut Off by Hurricane Dorian

Samaritan’s Purse is delivering emergency items to some of the hardest hit places in the Bahamas.

Samaritan’s Purse has established a base of operations in Marsh Harbour—working to bring emergency shelter material, clean water, and critical supplies to families who lost everything.

Marsh Harbour, a small town of fewer than 10,000 people in the Abaco Islands of the Bahamas, hit international news as Category 5 Hurricane Dorian made landfall there on 1st September. The area was simply devastated—communities have been reduced to piles of rubble and the few houses that are still standing have been severely damaged.
DONATE 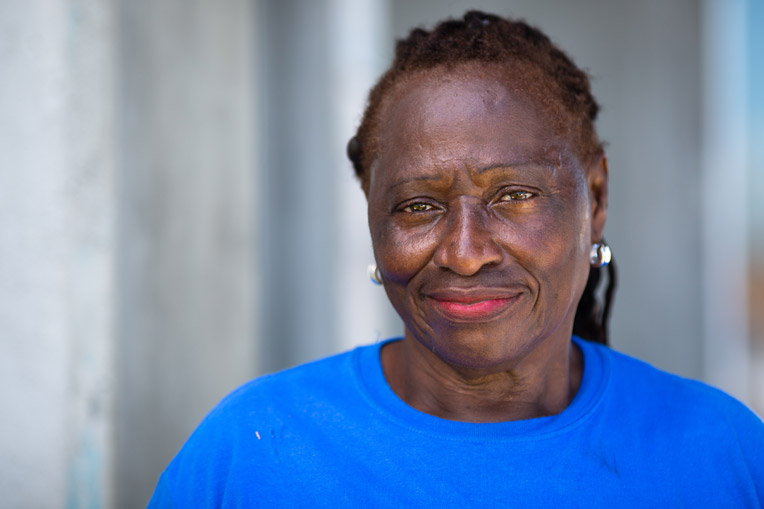 Freda Maeills was among those trapped at Cedar Harbour.

On 9thSeptember, Samaritan’s Purse received word that a small community 40 miles north of Marsh Harbour had been cut off from the rest of the island. The storm swept away the one bridge that connected their town of Cedar Harbour to the main portion of the island. More than one hundred people were isolated—unable to access clean water, food and supplies.

“We have no access. We are trapped between water and a broken bridge. The only way we are getting supplies is by helicopter and boat,” Freda Maeills told Samaritan’s Purse disaster response specialists who airlifted supplies to Cedar Harbour. “We are so appreciative. This is our only way.”

“We are so appreciative. This is our only way.”

Freda, who has lived on the island for more than two decades, said she always rides out the storms that inevitably hit the islands. When she saw that Hurricane Dorian was moving towards the Bahamas, she wasn’t concerned. She boarded up her house and planned to wait it out just like she always does, but this tempest was different. It ripped through the Bahamas leaving utter devastation in its wake. For more than 48 hours, residents experienced ferocious winds, heavy rain, and flooding. 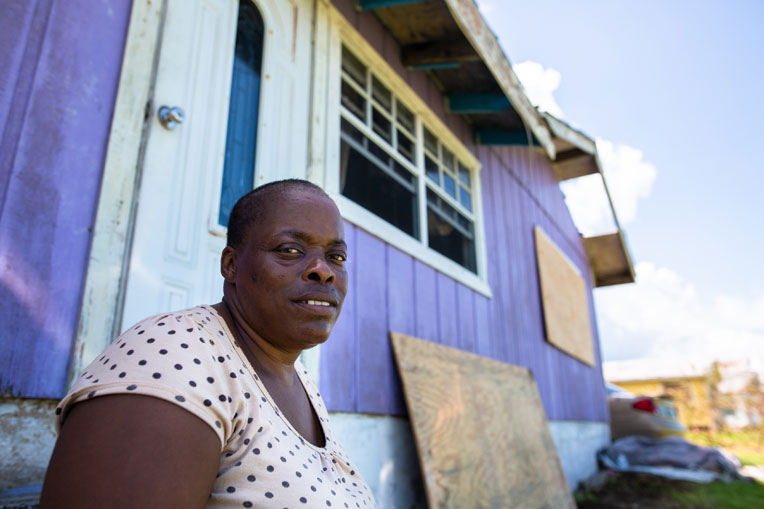 Karen Laroda survived Hurricane Dorian but her community was isolated when a bridge washed away.

She described the sounds of the storm like a war zone as roofs collapsed, glass shattered, and water poured in.

Her aunt and neighbor, Karen Laroda, described similar feelings of fear. She didn’t expect to make it out alive. Forty-eight hours later, the strength of Dorian had passed, but Karen along with her family and neighbors were trapped—a broken bridge prohibited movement and communication was down. They had no way to tell their families they were safe or reach out for help.

Through aerial assessments, a pilot found this cut-off community and alerted Samaritan’s Purse of the situation. Immediately after Samaritan’s Purse heard about the need, our team loaded our helicopter with water, food, and emergency shelter material, airlifting it in to this isolated community.

“We are so grateful for you. It shows you care. We don’t have any boats so we have to rely on others,” Freda said. 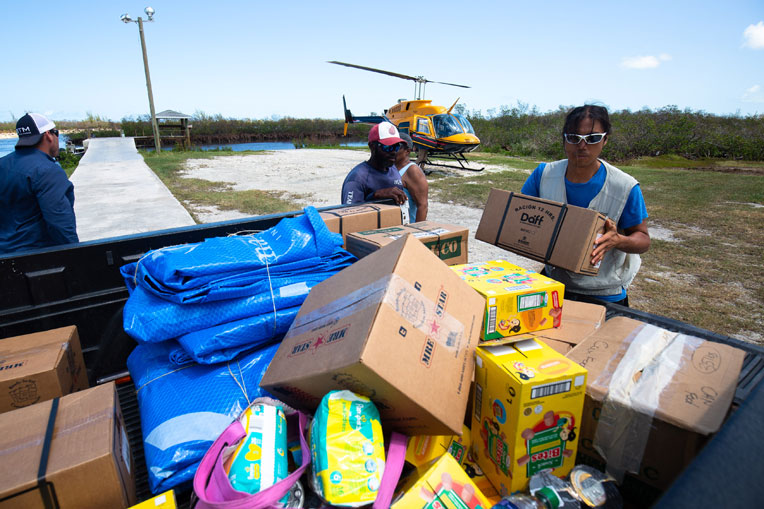 Samaritan’s Purse is delivering critically needed relief to residents of the Bahamas.

Samaritan’s Purse continues to meet needs throughout the Bahamas. The Emergency Field Hospital is receiving patients in Freeport and distribution teams continue to work by boat, land and air to move supplies to the hardest-hit areas.

Please pray for families in the Bahamas who lost everything and are searching for ways to get back on their feet. 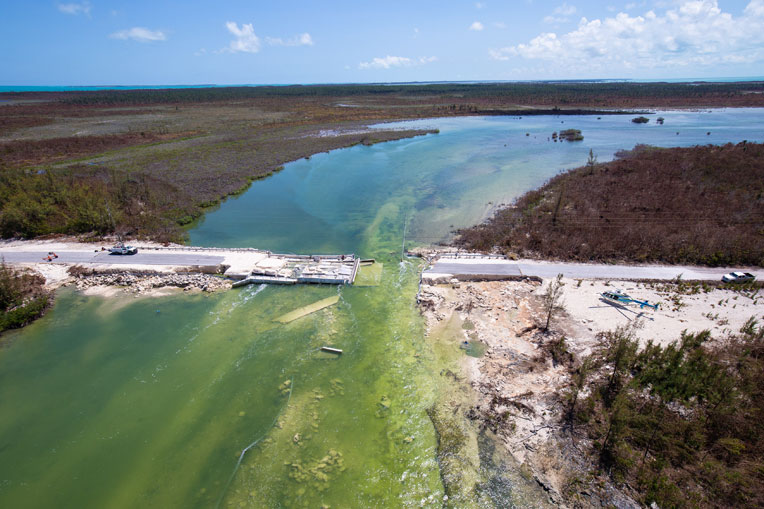 The bridge to Cedar Harbour was washed away by Hurricane Dorian.