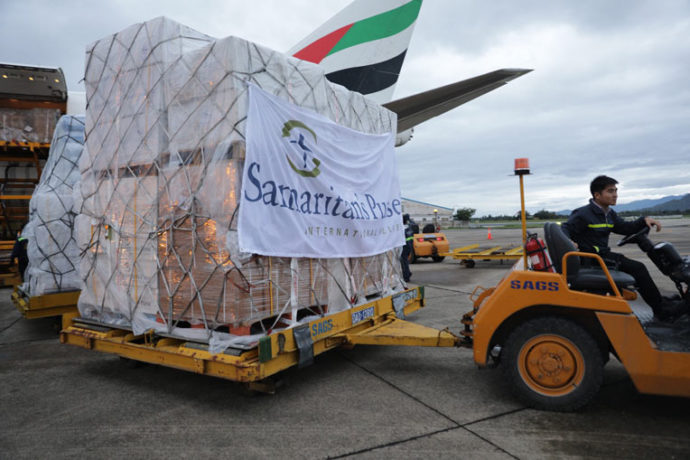 INCLUDED AMONG THE RELIEF SUPPLIES ARE SHELTER TARPAULIN, HYGIENE KITS AND COOKING KITS.

The plane is stocked with heavy-duty shelter tarpaulin and cooking kits—enough supplies to help 10,000 households in the country’s south-central coastal region. There are also hygiene kits, blankets, mosquito nets, and jerry cans in varying amounts. Distributions are scheduled to begin on Sunday 26th November.

Typhoon Damrey roared ashore on 4th November, the 12th tropical storm to strike the country this year. Officials say Damrey was the strongest storm to make landfall in this particular region in the last 20 years.

Samaritan’s Purse has a country office in Vietnam and responded quickly. Our staff members are working closely with government officials to meet the needs of people affected. Teams will fan out across the region to distribute airlifted relief materials to families in villages of five provinces devastated by the storm.

More than 100 people died and nearly 200 were injured in the typhoon. Winds of almost 100 miles per hour raked the region, crushing homes, ripping up farmland, damaging crops, and inundating huge swaths of the region with up to 10 feet of water. Areas in five provinces remain submerged. 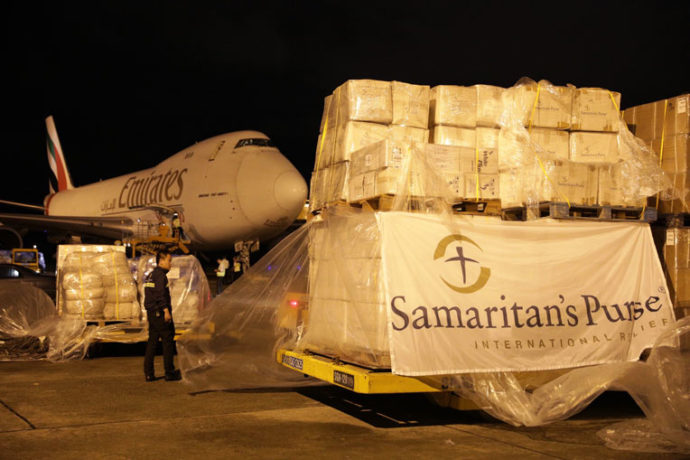 SAMARITAN’S PURSE IS HELPING VICTIMS OF TYPHOON DAMREY IN VIETNAM.

Some of the provinces hit by Damrey are among the poorest in the country. Farmers there saw their fields ravaged and their harvests of rice and vegetables wiped out. Thousands of marine cages, used for fishing, were also destroyed.

Franklin Graham, who is the president of Samaritan’s Purse and the Billy Graham Evangelistic Association, is scheduled to speak at the Love Hanoi Festival, 8th-10th December, in the capital city.

An Operation Christmas Child distribution event is also scheduled during Graham’s visit to the country.