Responding to the Sichuan Earthquake

2008: Samaritan’s Purse airlifted relief supplies and personnel to the Chinese Province and God used the response to strengthen churches and reach people with the Gospel.

The Nanjing Union Theological Seminary was abuzz with a sense of history. Twenty years after Billy Graham had preached there, heralding the emergence of the Chinese church from the atheistic Cultural Revolution, Franklin Graham was in the pulpit, calling a new generation of Christian leaders to reach the world’s largest nation with the Gospel of Jesus Christ. 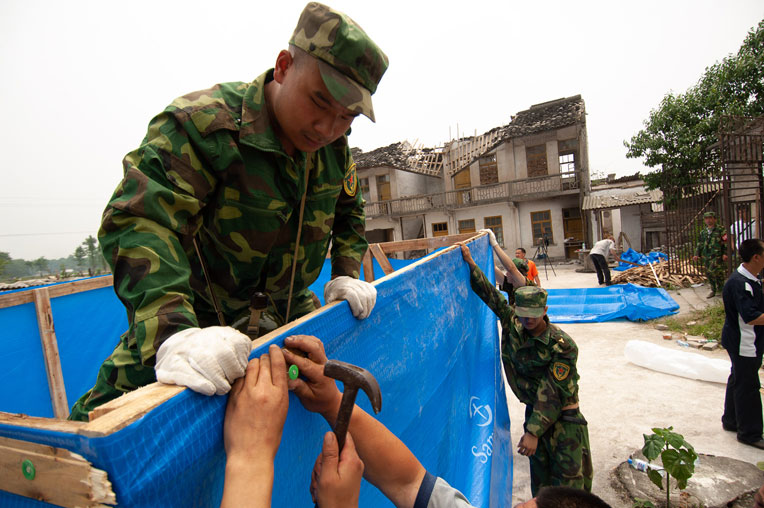 Graham’s words were still resonating in the hearts of the seminary students when the earth rumbled beneath their feet. Nine hundred miles to their west in Sichuan province, China was suffering its most powerful earthquake in 58 years. Entire mountainsides slid down into valley towns. Schools and apartments collapsed into concrete pancakes, trapping thousands of children and families. Clocks stopped at 2:28 p.m.

At the same instant, a new era began for Chinese churches sparsely scattered throughout the crumpled towns and cities. Moved with compassion for the 5 million left homeless and grieving, Christians reached out to neighbors who had never thought much about the church. The needs were staggering.

On the Ground in China

That’s where Samaritan’s Purse came in. On the ground in China, Graham and his team immediately began working through church networks to assess needs and determine the best ways to help.

Within days, Samaritan’s Purse chartered a 747 cargo jet and loaded it with 90 tons of relief supplies. This was the first privately chartered relief flight from the U.S. to arrive in Chengdu, the city nearest the epicenter. 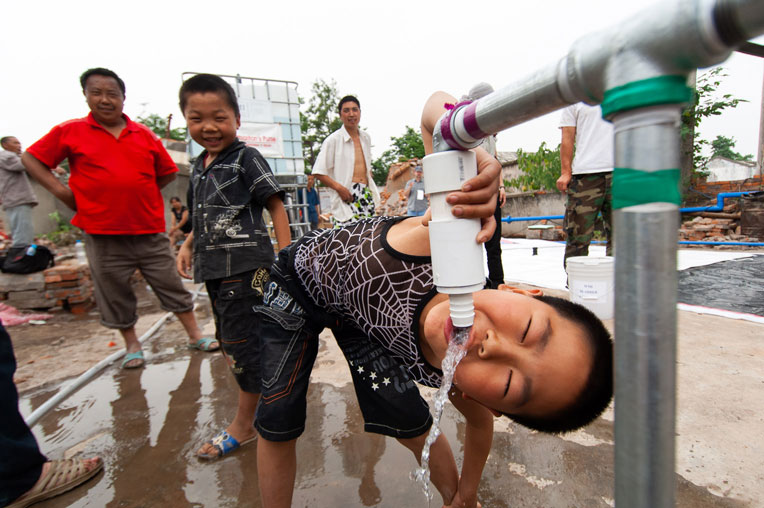 We brought in 12 large water filtration units—each capable of filtering more than 10,000 gallons of water a day—which we installed in the devastated villages. We also provided water storage units in these areas and more than 1,100 rolls of heavy-duty plastic sheeting for constructing emergency shelters.

In June, U.S. Secretary of State Condoleezza Rice visited some of these areas and saw our work there. She said: “I am delighted and just moved to be here with Samaritan’s Purse, providing clean water for the residents.”

In the weeks following the earthquake, Chinese soldiers and civilians equipped with materials from Samaritan’s Purse built temporary housing for several thousand families and handed out blankets and hygiene kits. We also provided funding to upgrade a medical clinic.

Samaritan’s Purse and the Billy Graham Evangelistic Association made a commitment to help repair the many damaged churches in Sichuan province where God worked through the compassion and assistance of His people and, as a result, many doors were opened for evangelism and church growth in the aftermath of the disaster.

“People saw how God loves them through Christians,” said one pastor. “This relief work is a wonderful witness for showing God’s love in our society.”

Finding Hope in a Heartbeat