Our DC-8 airplane transported winter clothing, tarps, and water filters from North Carolina to Iraq to serve some 18,000 displaced people.

The DC-8 is unloaded in Erbil on Sunday, 10 November.

The cargo load of tarps and winter clothing will provide much needed relief to displaced Syrian families as cold temperatures are quickly coming to the area. Already, the crowds—consisting largely of women and children—are trying to stay warm because they fled their homes with just the clothes on their back. The jackets, boots, gloves, socks, thermal underwear, and blankets Samaritan’s Purse distributes in Jesus’ Name will offer them hope just to face another moment in their dire circumstances.

“Thousands of Syrian refugees have fled devastating circumstances only to be met with harsh conditions as they arrive in northern Iraq,” said Samaritan’s Purse President Franklin Graham. “We’re called to go into difficult areas of war, famine, and crisis to bring relief, but most importantly to bring God’s comfort and love to hurting people.”

“Please pray for God’s comfort as families have left everything they know and for our teams as they bring critical relief to families who are suffering.”

Help Those Fleeing the Crisis in Syria 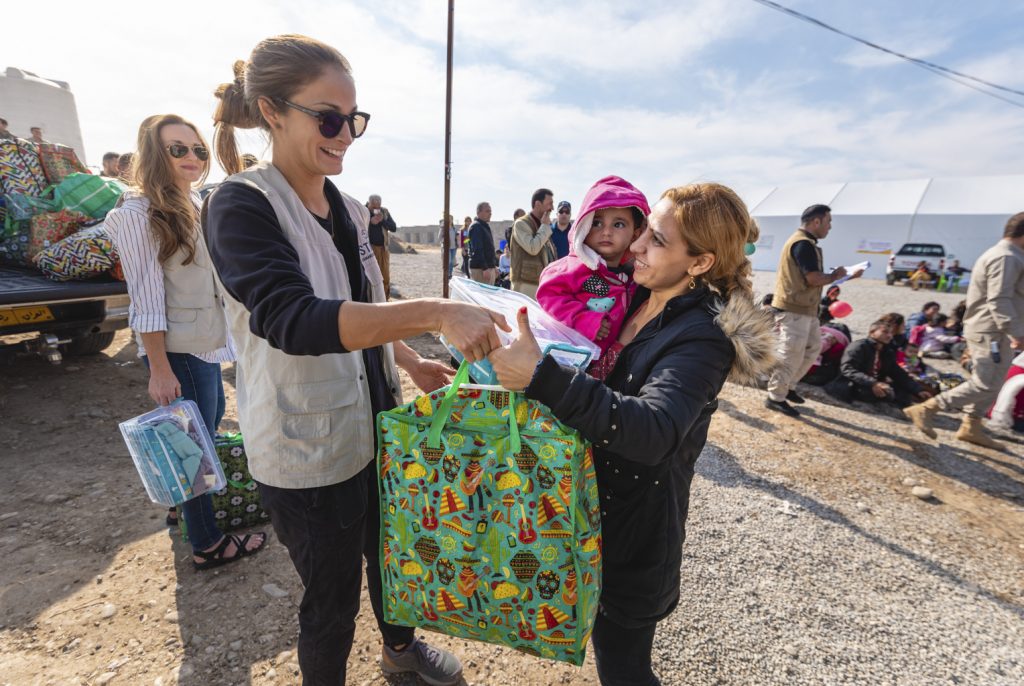 Samaritan’s Purse began our relief response mid-October following a Turkish incursion into Syria. To date, about 15,000 people, primarily Kurdish Syrians, have made the difficult journey to cross the border into Iraq. Our staff has met them upon arrival with water, blankets, and hygiene kits at Sehela transit centre. Families stay at this temporary stop operated by the United Nations for up to 24 hours before being transported to a camp. So far, we’ve distributed 1,500 blankets and nearly 4,000 hygiene kits, complete with soap, a toothbrush and toothpaste, diapers, wipes, and feminine products.

Most of the recently arrived Syrian refugees are now settled at Bardarash camp where Samaritan’s Purse is providing water, sanitation, and hygiene services. We have distributed over 500 tanks to give families easier access to water. Now, instead of having to walk long distances to gather this necessity with a jerry can, the tanks make a full day’s supply available nearby. Also, where restroom facilities were previously unusable, Samaritan’s Purse has repaired more than 500 latrines and restored to refugees some of their most basic dignities.

Also, Samaritan’s Purse continues to assess opportunities to provide medical care in Bardarash camp in the near future.

In addition to our operations in Iraq, we are also working through local partners to serve the needs of the displaced who remain in northeast Syria.

“For some people this is the third, fourth time they’ve been displaced,” said Samaritan’s Purse staff member Joey Francis. “You can imagine the amount of loss. Just keep them in your prayers that in the midst of all of this that they’ll encounter Christ—that they’ll encounter His love, His peace, His security…that they’ll feel his presence and be comforted.”

Bringing Hope in the Wake of Australian Bushfires

Hundreds of Children in the Bahamas Receive Shoebox Gifts at Christmastime