Responding to the Need in Texas

Five Samaritan’s Purse disaster relief units are now in Texas to equip staff and volunteers as they serve residents recovering from Hurricane Harvey and its aftermath. We have volunteer bases set up and operating in Houston and Pearland, just south of the city. Volunteers are also hard at work around Victoria, Rockport/Portland, and Santa Fe. 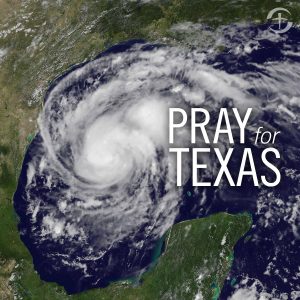 “The flooding was just horrendous in southeast Texas,” Samaritan’s Purse President Franklin Graham said. “People have lost their homes, and some have lost everything. We want to go and we want to be there in their time of need, helping them in the Name of Jesus Christ put their lives back together again.”

Two disaster relief units left North Carolina on the day the storm hit. We now have five locations in the Lone Star state from which we will be coming alongside hurting homeowners in Jesus’ Name, accompanied by Billy Graham Rapid Response Team chaplains. Our volunteer teams are cutting trees, tarping roofs, and performing mud-outs—and we’ll be working for many months to come.

The hurricane made landfall around Rockport on August 25 as a Category 4 storm with sustained winds of 130 mph. Harvey then spent several days churning as a powerful tropical storm, dumping over four feet of rain in and around Houston. Cedar Bayou, 30 miles to the east of downtown, got 51.88 inches, a record rainfall event for the continental U.S. Far eastern Texas and southwestern Louisiana were also hit by this storm as it made a second landfall on August 30.

The devastating storm caused extensive damage and as many as 50 deaths. All branches of the U.S. military were called in to help. Catastrophic flooding put much of Houston under water. Beaumont and Port Arthur—about 100 miles to the east—received 26 inches of rain in 24 hours, again causing floodwaters to rise. Though the rain has now stopped and most flooding has begun to recede, the situation remains difficult and movement is restricted. 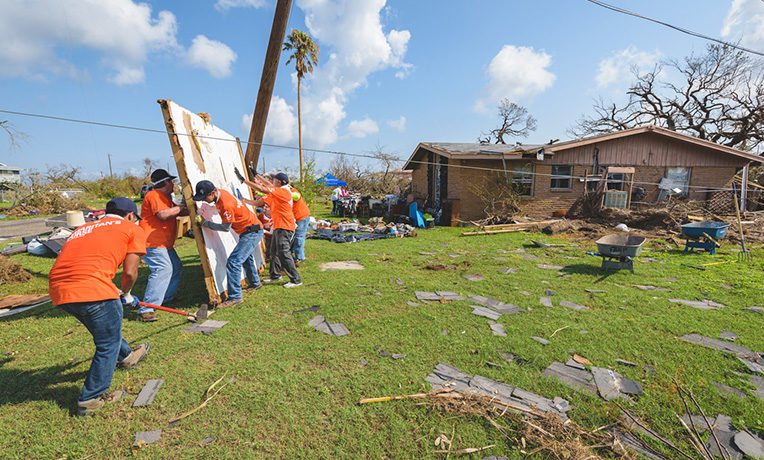 Hurricane Harvey is the strongest storm to hit the U.S. in over a decade. More than 100,000 homes are reported to be damaged or destroyed.

Please pray for those affected by this terrible storm, and pray for our teams who are responding.