Desperate families are fleeing into Colombia as neighbouring Venezuela faces dire food shortages, power blackouts, and a collapsing national healthcare system. Not only are people dying from lack of nutrition and medical care, the rates of murder and suicide have also spiked.

“There’s no hope in Venezuela,” said Mileidis, a young Venezuelan mother who recently moved with her husband to Colombia in search of a better life for their two daughters. They visited our clinic along the northeastern border between the two countries to get medicine for their children.

Mileidis and her family are among tens of thousands of migrants benefiting from relief—food, safe shelter, or medical care—provided by Samaritan’s Purse at multiple locations within Colombia. Over the past few years, more than a million Venezuelans have fled to their western neighbour, and close to another 2 million have left for other countries in the Americas and beyond. 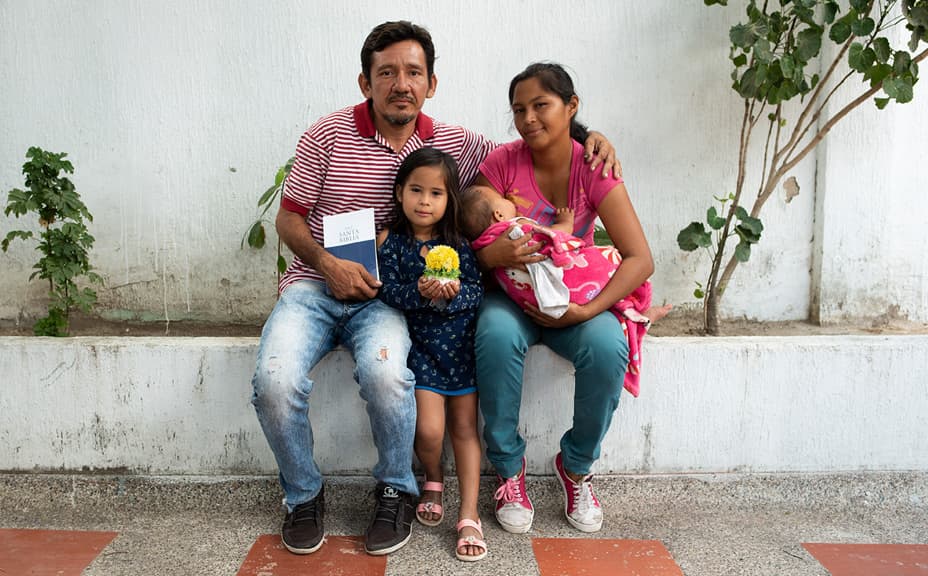 We have two aid stations, or shelters, along the migrant route from the border town of Cucuta to points south in Colombia, including Bogota, and beyond. Here, migrants receive hot meals, a safe place to stay for the night, and hygiene kits. Some also receive backpacks to help carry their belongings as they face days and sometimes weeks of walking ahead—a few look to Peru, Ecuador, or Chile as their final destination.

Samaritan’s Purse also operates a six-day-a week medical clinic in Maicao and a mobile medical brigade in Puerto Santander. Scores of patients come each day, mostly women with young children, to be seen free of charge. For many, it’s the only care option available. 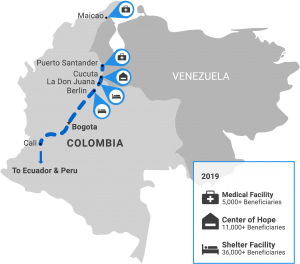 In addition, Samaritan’s Purse works in partnership with a local church in Cucuta, to operate the Centre of Hope. Visitors can receive medical care, counselling, and food through its various programs.

We also have been able to provide small amounts of food to people in Venezuela, but this has been just a drop in the bucket compared to the overwhelming need.

Through all of our ministry, we’re able to share the love of God and the hope of salvation found only in His Son, the Lord Jesus Christ. “We’ve seen a great response,” said Chaplain Arley Tirado, who works at our Maicao medical clinic. “I have seen God’s Spirit move through the care we’re giving.”

Please prayerfully consider supporting this critical work and pray for millions of struggling Venezuelans—both inside and outside the country.

Their Faith Endures in Sickness and in Health