Note: We’re celebrating 50 years of what God has done through Samaritan’s Purse. Check out our 50th anniversary content for stories and videos.

“Let my heart be broken with the things that break the heart of God…” This impassioned prayer is what guided Bob Pierce as he founded and led the ministry of Samaritan’s Purse in 1970. His mission for this organisation – in his own words – was “to meet emergency needs in crisis areas through existing evangelical mission agencies and national churches.”

The Story Of Samaritan’s Purse

Bob Pierce wrote these now-famous words in his Bible after visiting suffering children on the Korean island of Kojedo over 40 years ago.

After World War II, Bob Pierce traveled throughout Asia as an evangelist and journalist with Youth For Christ. While on a university lecturing circuit in China, he stumbled across some courageous women who were living among lepers and orphans, sacrificing everything to share the love of Jesus Christ. Through their selfless love, God gave Pierce a vision for ministry. He dedicated himself to finding and supporting other such Christians who were caring for the poor and suffering in the distant corners of the world.

In the summer of 1973, Bob Pierce met his eventual successor, an adventurous young student – Franklin Graham – with a growing heart for world mission. Intrigued by his many stories from the field, Franklin began to spend more and more time with the seasoned Christian statesman. In 1975, he accompanied Bob on a life-changing tour of some of the world’s neediest mission fields, where Franklin saw not just poverty but the utter despair of people who had not been touched by the love of Christ. God had captured his heart for these people. 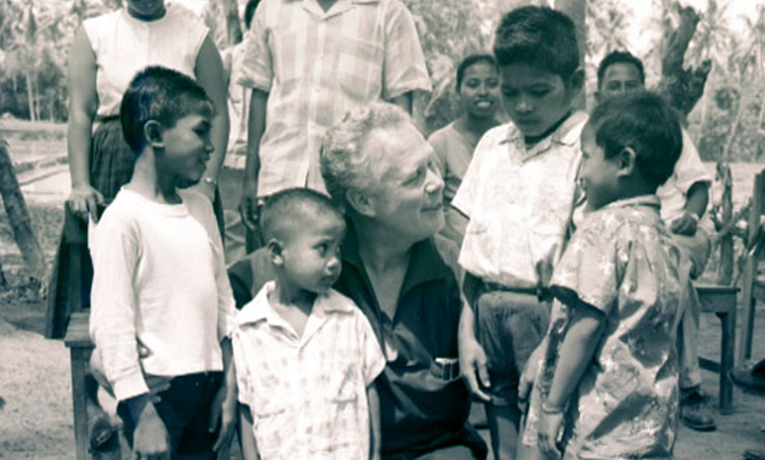 In 1978, Bob Pierce died of leukemia, and nearly 18 months later, Franklin Graham became the President and Chairman of the Board of Samaritan’s Purse. Through more than 30 years of earthquakes, hurricanes, wars, and famine, Franklin has led the ministry in following the biblical example of the Good Samaritan all across the globe. God has blessed the organisation under Franklin’s leadership, and the ministry has seen explosive growth.

“Go and do likewise,” Christ commanded after explaining the parable of the Good Samaritan in Luke 10. So we do.

Samaritan’s Purse travels the world’s highways looking for victims along the way. The work is often dangerous, as it was for the Samaritan, but the message we carry is much too important. We are quick to bandage the wounds we see, but the Samaritan didn’t stop there, and neither do we. In addition to meeting their immediate emergency needs, we help these victims recover and get back on their feet.

No matter where we go or what we do, though, we offer more than help. We offer hope. To suffering people in a broken world, we share the love of the only One who can bring true peace – Jesus Christ, the Prince of Peace.

Samaritan’s Purse was launched in the UK by the legendary Dr. Billy Graham in 1990 following his visit to Scotland. After just twelve months, Samaritan’s Purse UK had a support base of over four thousand people from a cross-section of individual Christians and churches in the UK. 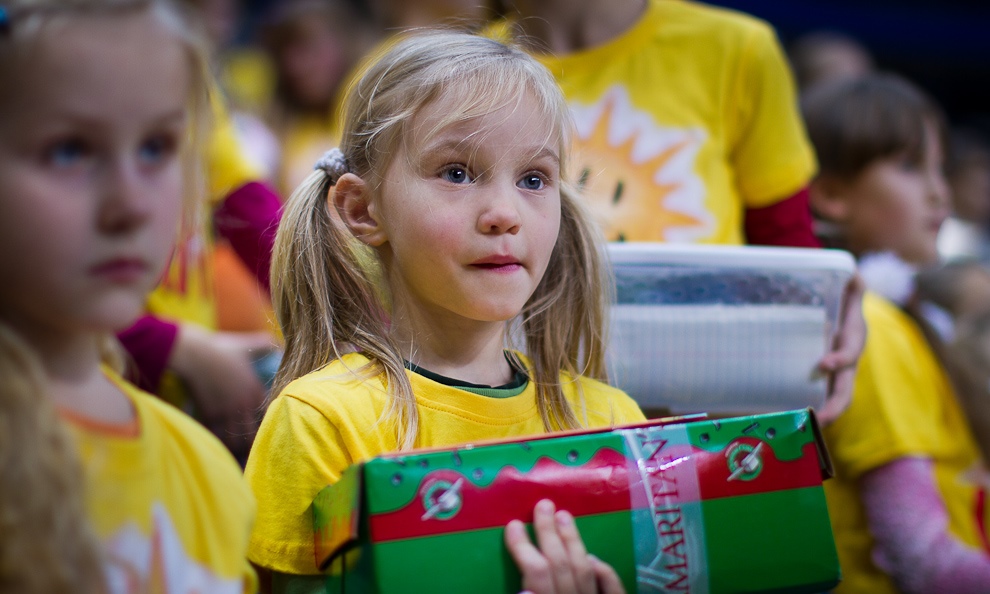 In 1993, Operation Christmas Child, a Wrexham-based children’s charity, announced its merger with Samaritan’s Purse. Since 1993, the organisation has gone from strength to strength, starting new development initiatives in Africa and Central Asia as well as being part of the global Samaritan’s Purse response to humanitarian disasters such as the Darfur Crisis, the South Asian Tsunami, the Pakistan Earthquake, the Myanmar Cyclone, the China Earthquake and Typhoon Haiyan, Philippines.

Since 2006, we have also launched new campaigns, including Turn on the Tap and Raising Families, to enable individuals, churches, schools and businesses in the UK to get involved with our work overseas.

Today, we are one of the top fifty UK charities by income size and part of a number of national and international networks, including BOND, End Water Poverty, StopAIDS and Evangelical Alliance/Global Connections.